In this blog post, I’ll teach you how to figure out if your plane ticket offers you a free stopover, and if so, how to book your free stopover ticket.

But first, I should clarify the following:

A stopover is defined as stopping in a city and staying there for more than 24 hours. Anything less than that is considered a transfer.

Alright, so how exactly do you book that free stopover?

Step 1: Use the ITA Matrix Software to search for your fare.

Figure out your travel dates and where you want to go. Then, using the ITA Matrix, plug in your travel dates. This trick works best when the stopover is in a city that’s along the flight path.

In this example below, I’m looking to book a one-way flight back from Sydney in mid-November: 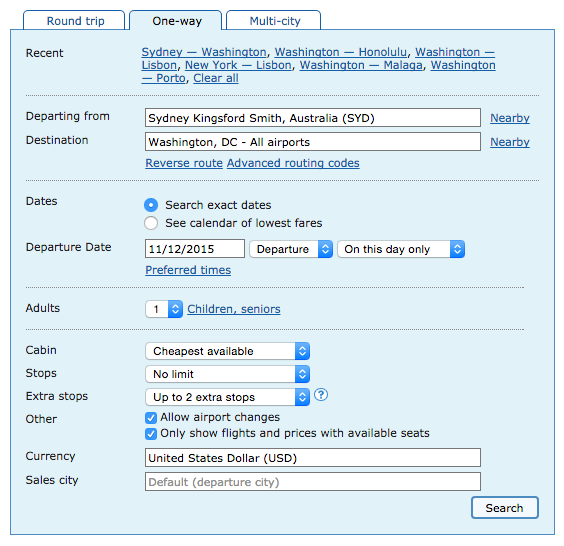 Step 2: Select an option that has a stopover

You’ll want to focus your search on flights that have at least one stopover. In my example, it looks like I have several options on getting back from Australia:

Regardless of whether you’re flying domestically or internationally, you’ll likely be flying through an airline’s hub if your ticket includes a stopover. Below is a list of airline hubs on carriers that generally allow for a free stopover.

Double click on the price of the ticket. In this example, I opted for the cheapest option available: Etihad. 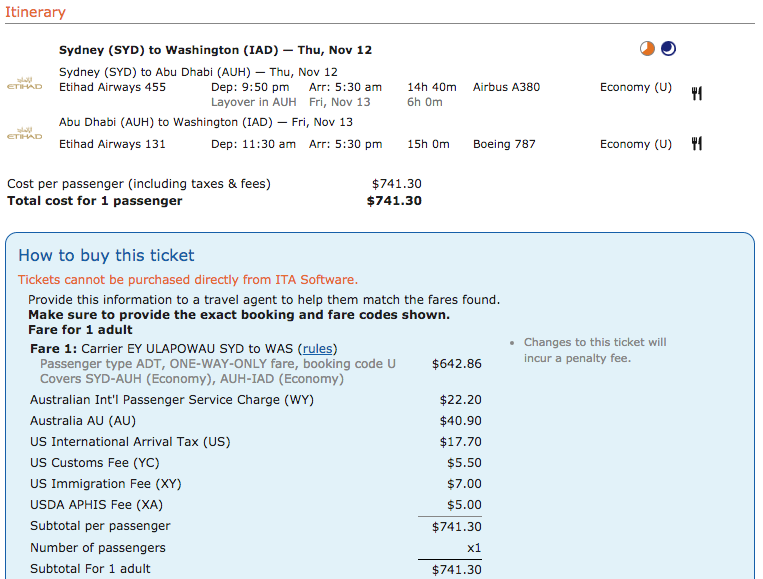 Next, click on “Rules.”  Then, scroll down the page until you find “Category 8: Stopover restrictions.” This section will indicate if the fare permits a stopover, as well as any additional costs if applicable. 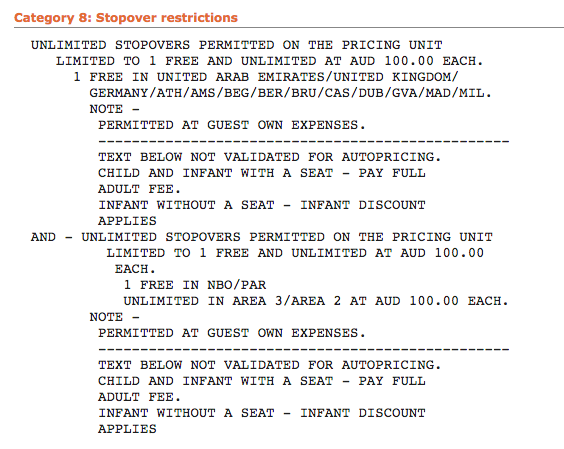 In this case, Etihad gives me a free stopover!

Step 4: Use Hipmunk to Find Your Ticket

Navigate to Hipmunk. Since we know that this ticket allows for a free stopover, instead of selecting for a one-way trip, we’ll instead select the “Multi-City” option. Then enter in your dates.

Select the price for the first leg. Sometimes Hipmunk might return a fare that’s slightly different than what ITA shows, but the difference should be fairly marginal.

Step 5: Purchase Your Ticket with the Free Stopover

After selecting the second leg, use one of the recommended travel booking sites to complete the purchase.

Note that in this example I only used a one-way trip, but the same technique applies to instances where you’re booking a roundtrip. Simply use ITA to search for a roundtrip flight, figure out the fare rules on both the outbound and return leg, then use Hipmunk to find and purchase the ticket. Happy Travels!