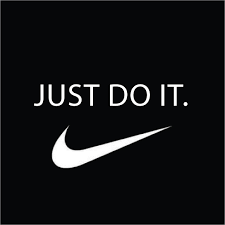 Me atop a mountain on Thanksgiving day, 2012, during my 5 month sojourn around Taiwan/Southeast Asia.

Several months ago, I willingly plunged head first into a period of uncertainty. I knew what I wanted to do and was willing to risk everything to follow my gut, but I feared the consequences my decisions would entail.

Last days always leave me with mixed emotions: excited and anxious for what is to come, reflective and appreciative of what has passed. As I look back on the past months, the three things that I’ll take away from this unique period of my life are:

The people met, places seen, and experiences had. Novelty to anything, both concrete and abstract, is something that I constantly seek. I enjoy being stimulated and challenged. I knew my experiences abroad would enable me to achieve a high degree of stimulation, I didn’t expect to be just as deeply stimulated and engaged once I returned.

Dealing with uncertainty. Being comfortable with discomfort is truly a skill. I don’t think I’ve totally succeeded, but my tolerance for the unknown has increased exponentially throughout my travels and time back in the States.

Beating to my own drum. Societal pressures and perceived obligations might make fulfilling our own dreams seem unrealistic, risky, and an endeavor that only the wealthy can pursue. Living life on your own terms is truly a liberating feeling. I hope everyone can learn how to address the fear and risk involved in order to self-actualize.

The world is a chaotic place. Plans provide a guide amidst the chaos. In reality though, it’s impossible to control for life’s uncertainties. Uncertainty is scary, at least for me. How do you overcome uncertainty? Through planning. Not just one plan. A Plan B is an absolute must. It’s also worth thinking about a Plan C.

For most of my life, I thought plans were necessary in order to accomplish anything. Not just rough guidelines, but the whole works. Tasks. Checkpoints. Deadlines. All crucial to ensure goals are achieved. Sometime over the past year though, I’ve come to believe that plans, while helpful, should at best serve as a guide, not followed verbatim. Why?

Life happens. Current actions certainly influence the likelihood of future circumstances, but the future is never a sure thing until it is the present. As much as I’d like to believe, it’s impossible to ensure everything will run according to plan (or plans).

I haven’t completely thrown out the usefulness of planning. I still do it all the time. I still believe it’s better to have a plan than no plan at all. One of my favorite bloggers wrote recently,

“We are not walking a path, but surfing a sea.” Leo Babauta

I completely agree. Plans help us navigate the sea of uncertainty. They provide a path, at best a sense of direction, to our goals; however, life has a habit of throwing us off our compass. It took me a long time to realize this. It took even longer to figure out how to overcome these unforeseen challenges.