Have an upcoming layover in Dubai? First time visiting the city and you’ve only got a day to spare? I’m a big fan of beaches and architecture, and on a recent trip through Dubai, here’s how I spent my 24 hour layover in Dubai:

Walk around the Dubai Mall
(~1 hour)

Grab a taxi or uber to visit the Dubai Mall, one of the largest malls in the world. Not only is the mall a great escape from the oppressive heat (even at night!), but there’s something new and interesting. During my visit, there was a game going on in the ice rink: 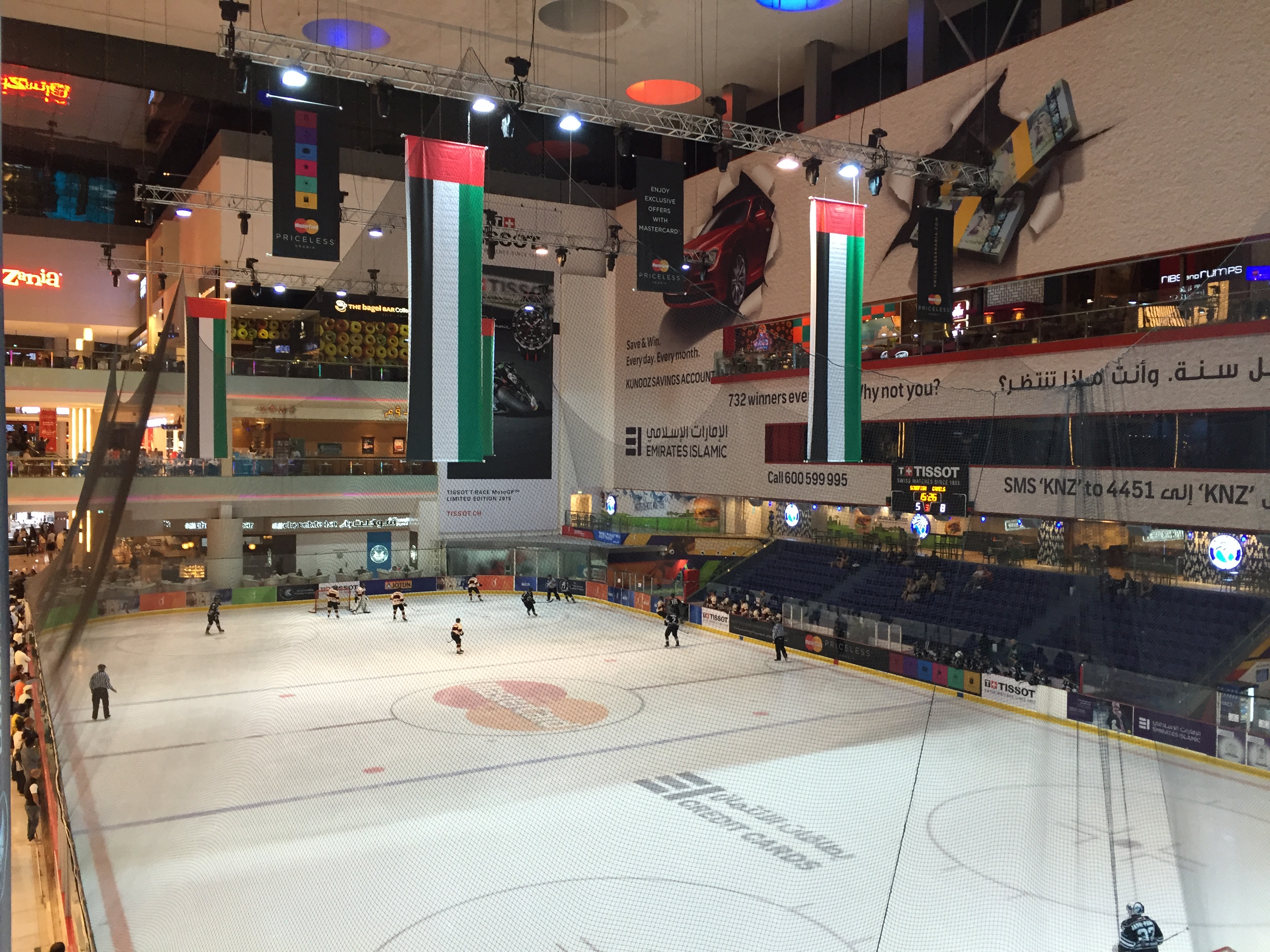 The highlight of the mall in my opinion is the Dubai Fountain. Designed by the same creators of the fountain show at The Bellagio in Las Vegas, the fountain show at the Dubai Mall is the world’s largest fountain performance. I’d recommend going in the evening to take full advantage of the accompanying light show, which you obviously can’t appreciate as much during the day. Evening shows happen every 30 minutes, between 630pm – 11pm. Additional information on the Dubai Fountain 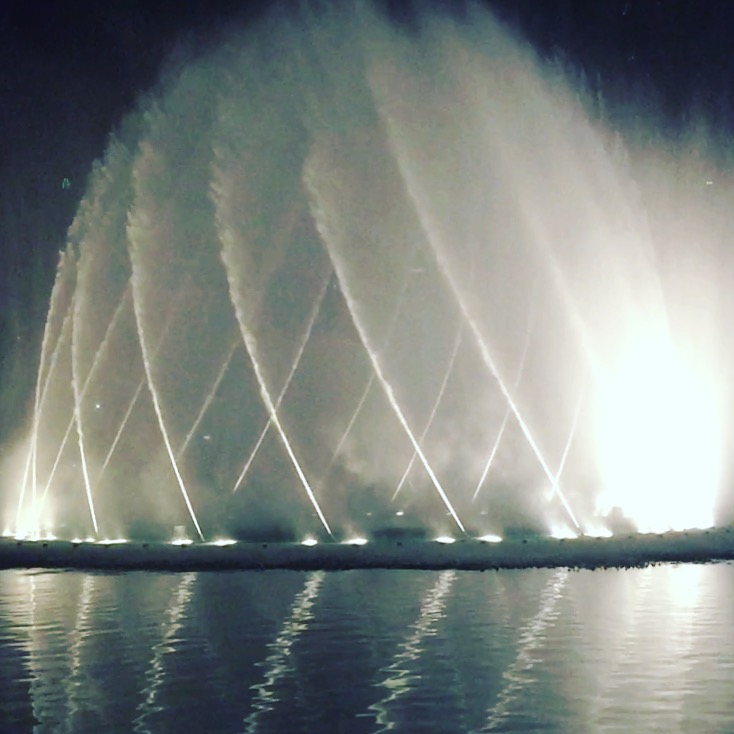 Be mesmerized by the Burj Khalifa
(~15-20 minutes)

After the fountain show, walk around the Burj Khalifa lake to get to the base of Burj Khalifa, the tallest tower in the world. One of the first things you’ll notice when standing at the foot of the tower is just the immensity of the building. I’ve visited a handful of other super-skyscrapers in the past (the Willis Tower in Chicago, the Petronas Towers in Kuala Lumpur, or Taipei 101), but none of those buildings compares to Burj Khalifa. Simply put, this building is enormous! 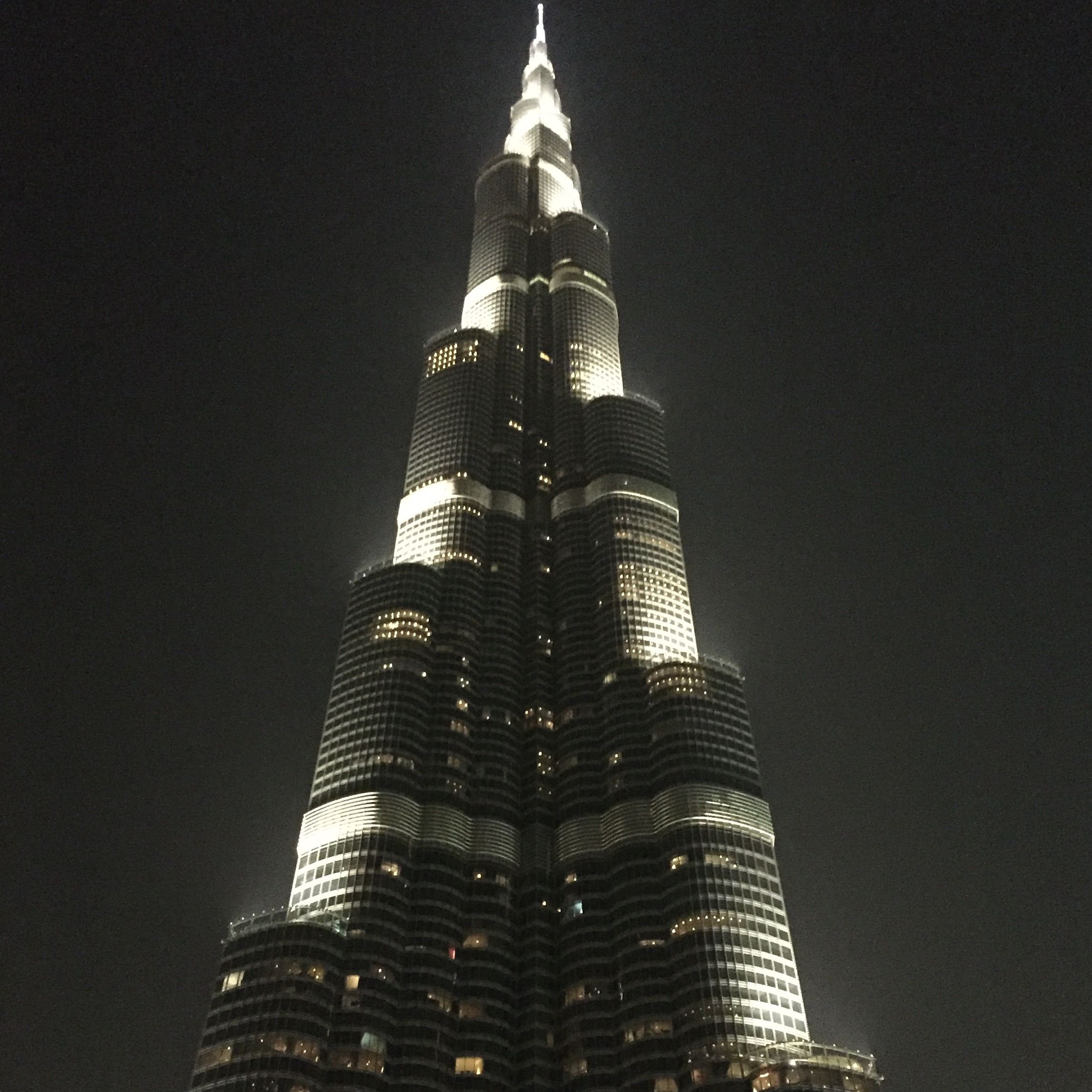 Indulge in high tea at the world’s highest bar: At.mosphere at the Burj Khalifa
(~1-2 hours) 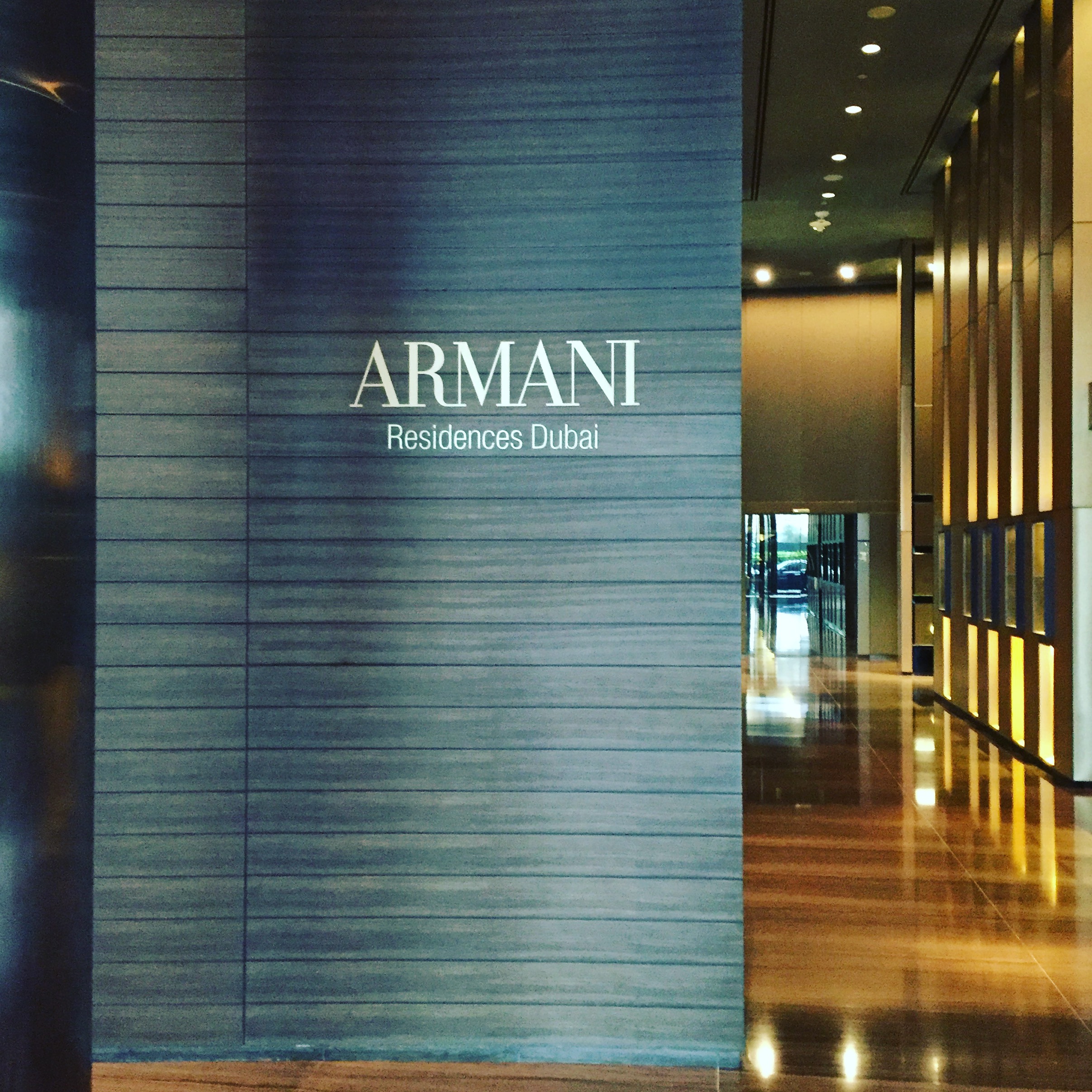 The At.mosphere is located at Floor 124. I’ve never been at a floor so high in my life! At AED580 for a window seat, the experience indeed was definitely a treat. was definitely one of the highlights of my layover. Although it’s not the highest floor in the tower (there’s an observation deck on the 148th floor), it was certainly an experience to remember. 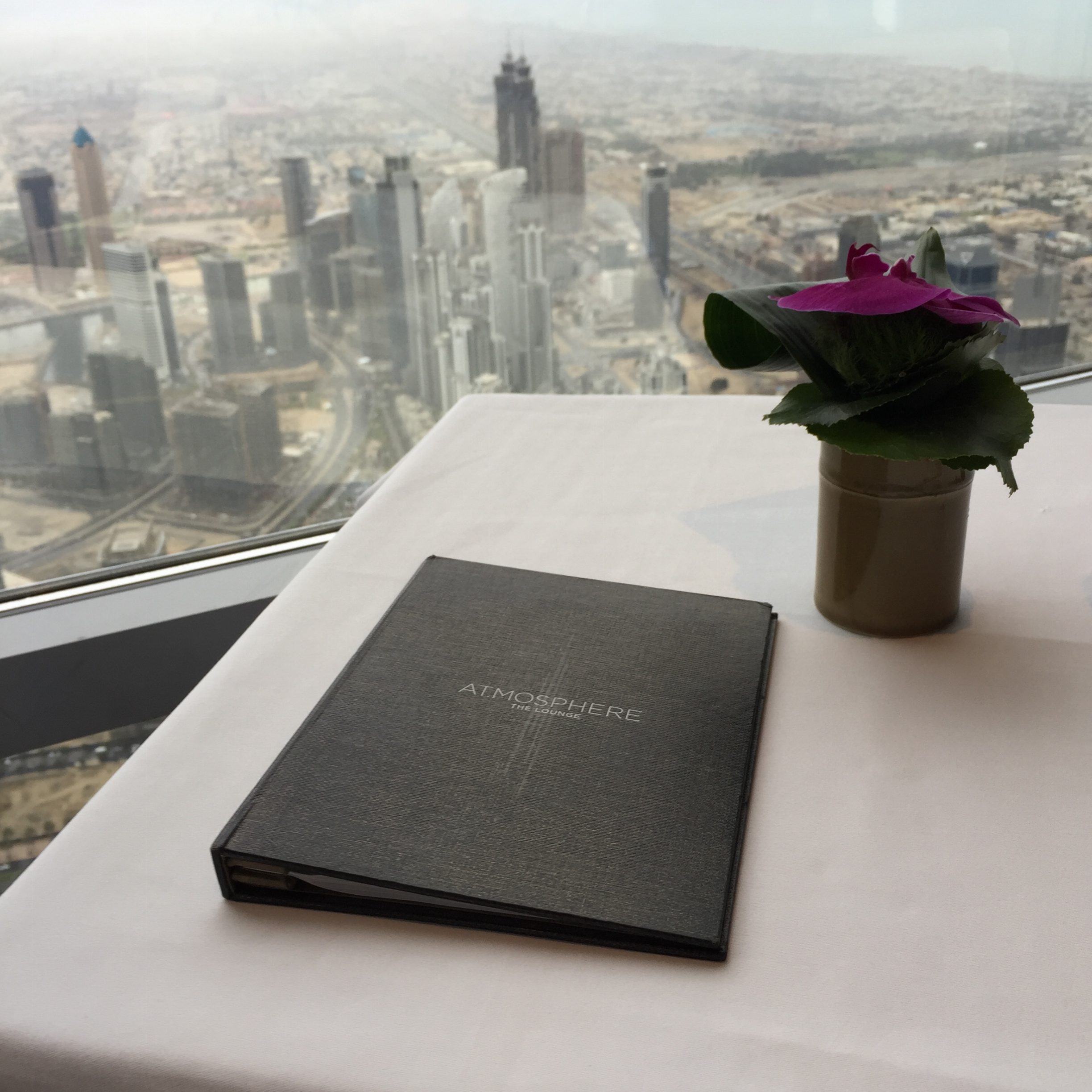 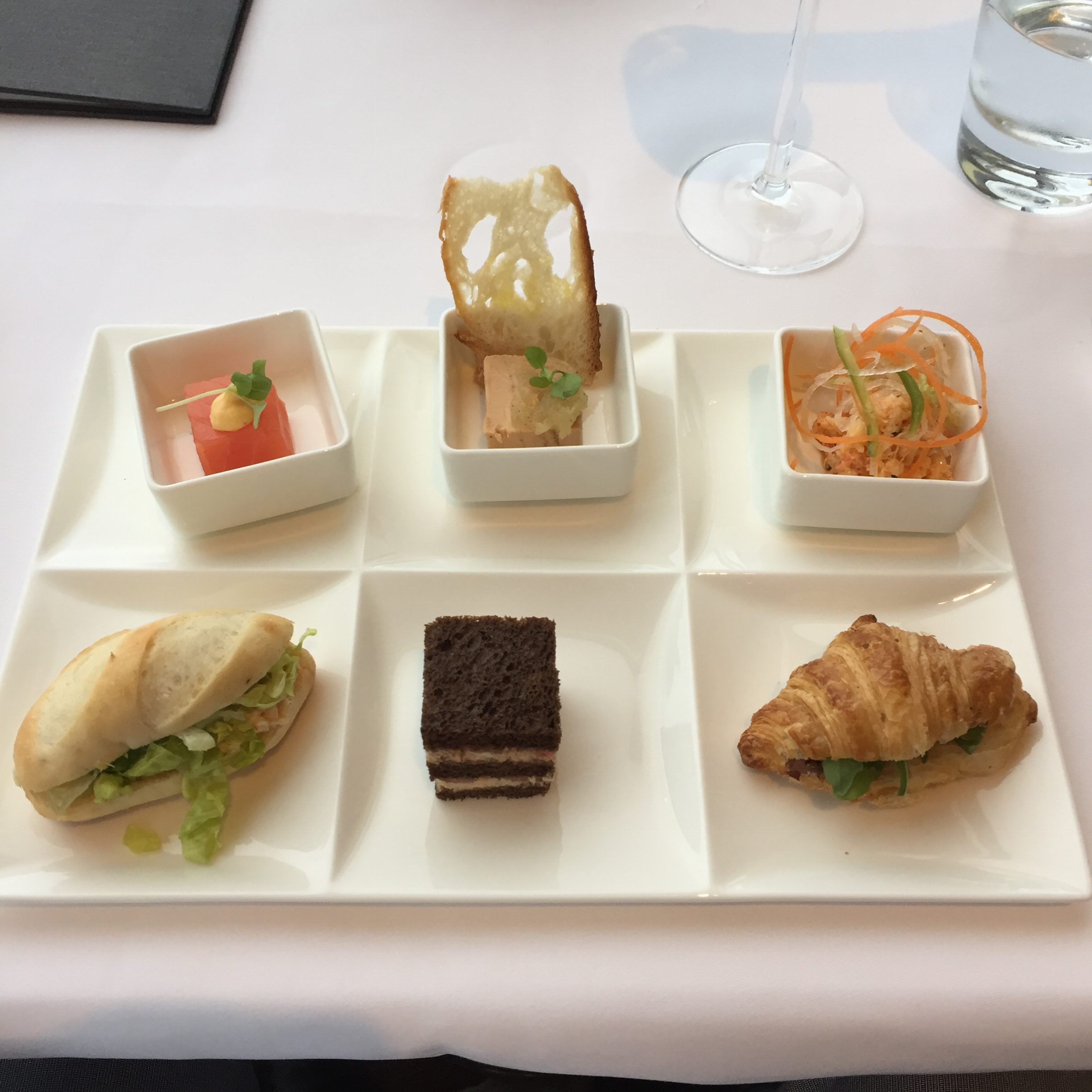 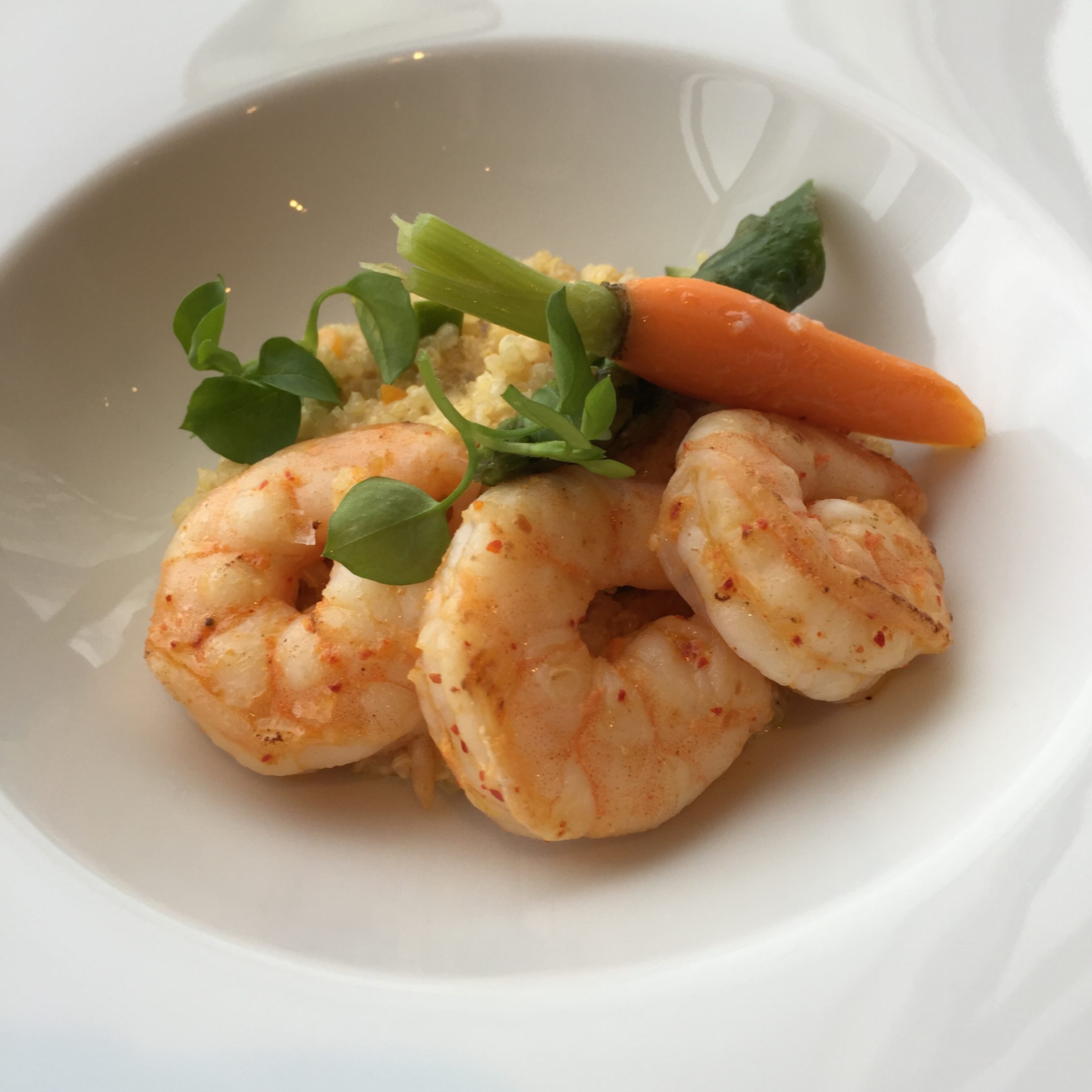 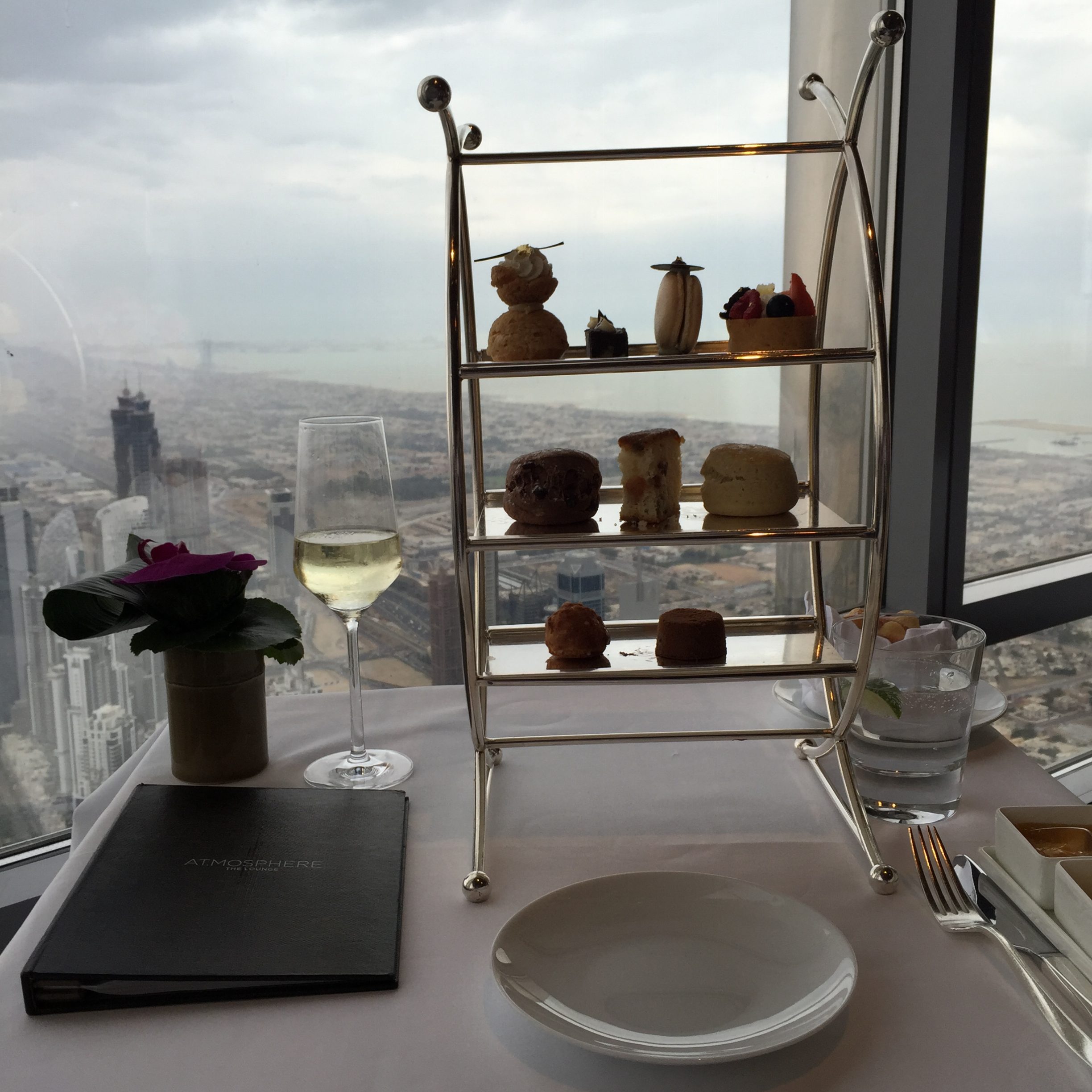 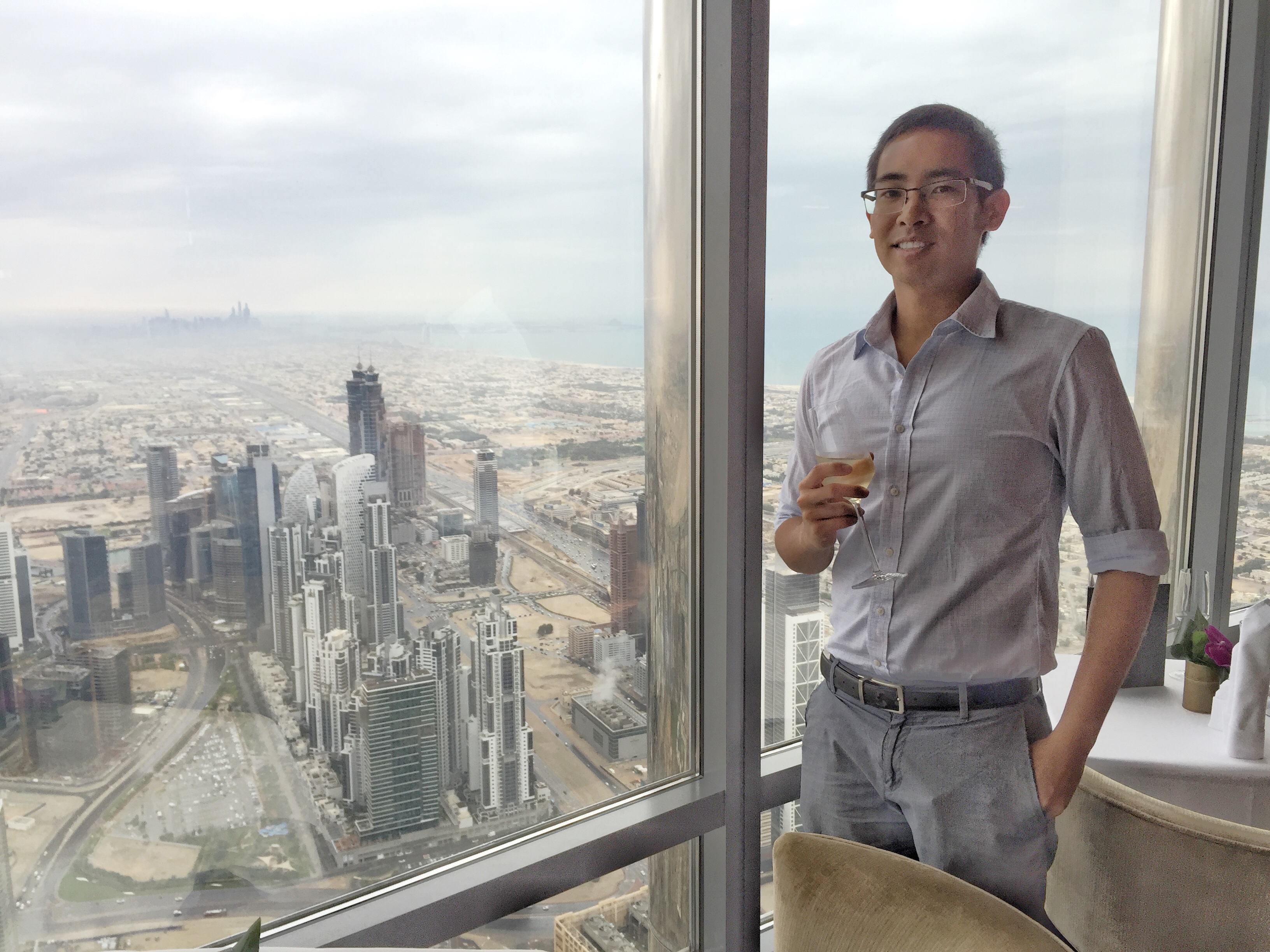 Me at the At.mosphere!

Make sure to book your reservation by either filling out this form, sending an email to reservations@atmosphereburjkhalifa.com, or calling them at +971 4 888 3828.

After high tea, I was keen to check out Dubai’s beaches. While there are a lot of beaches in the emirate, JBR (short for Jumeirah Beach Residence) beach, located about 20 minutes away from the Burj Khalifa, is one of Dubai’s more renowned beach areas. A quick uber ride later, I had my feet in the warm waters of the Persian Gulf! 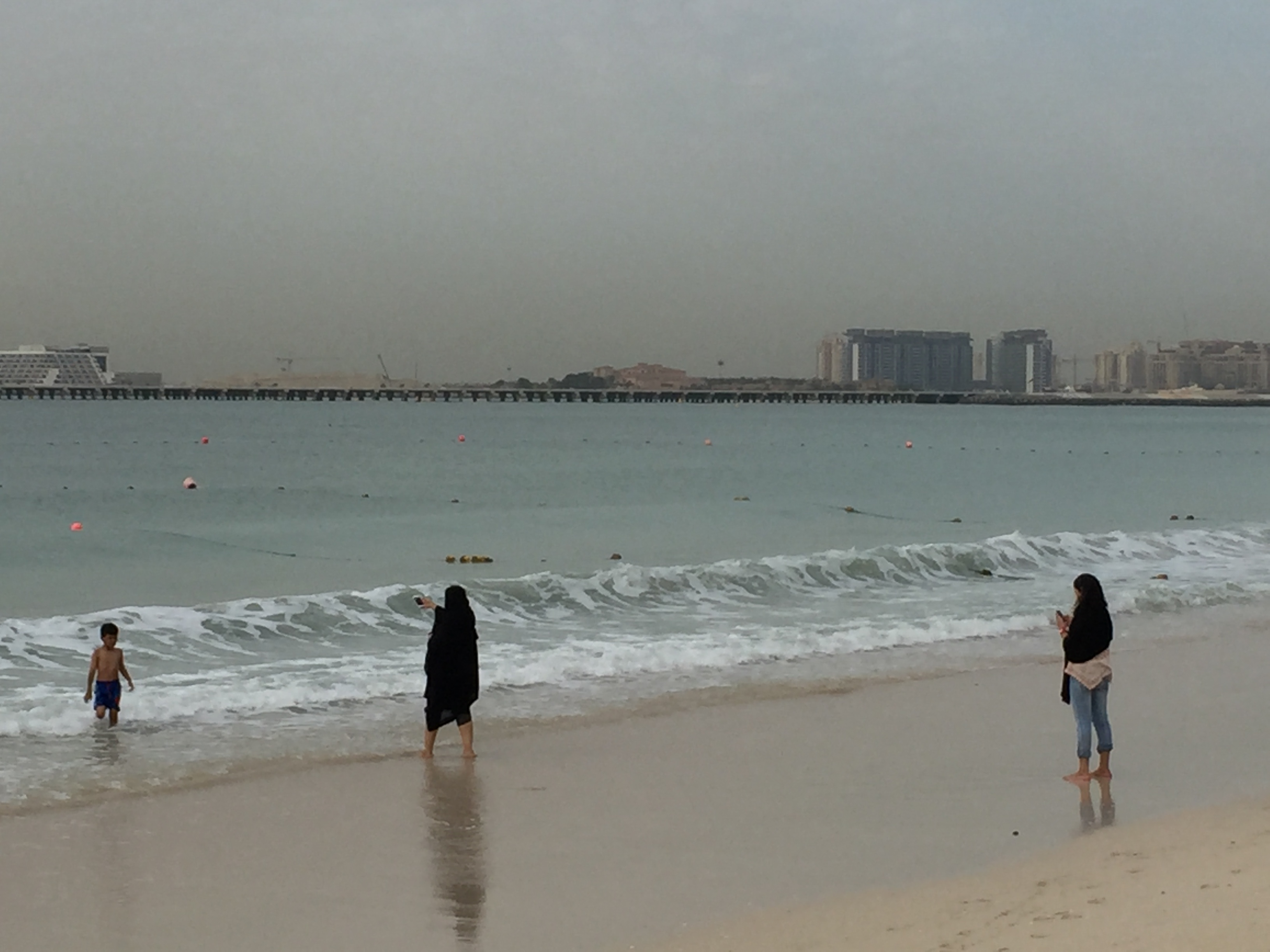 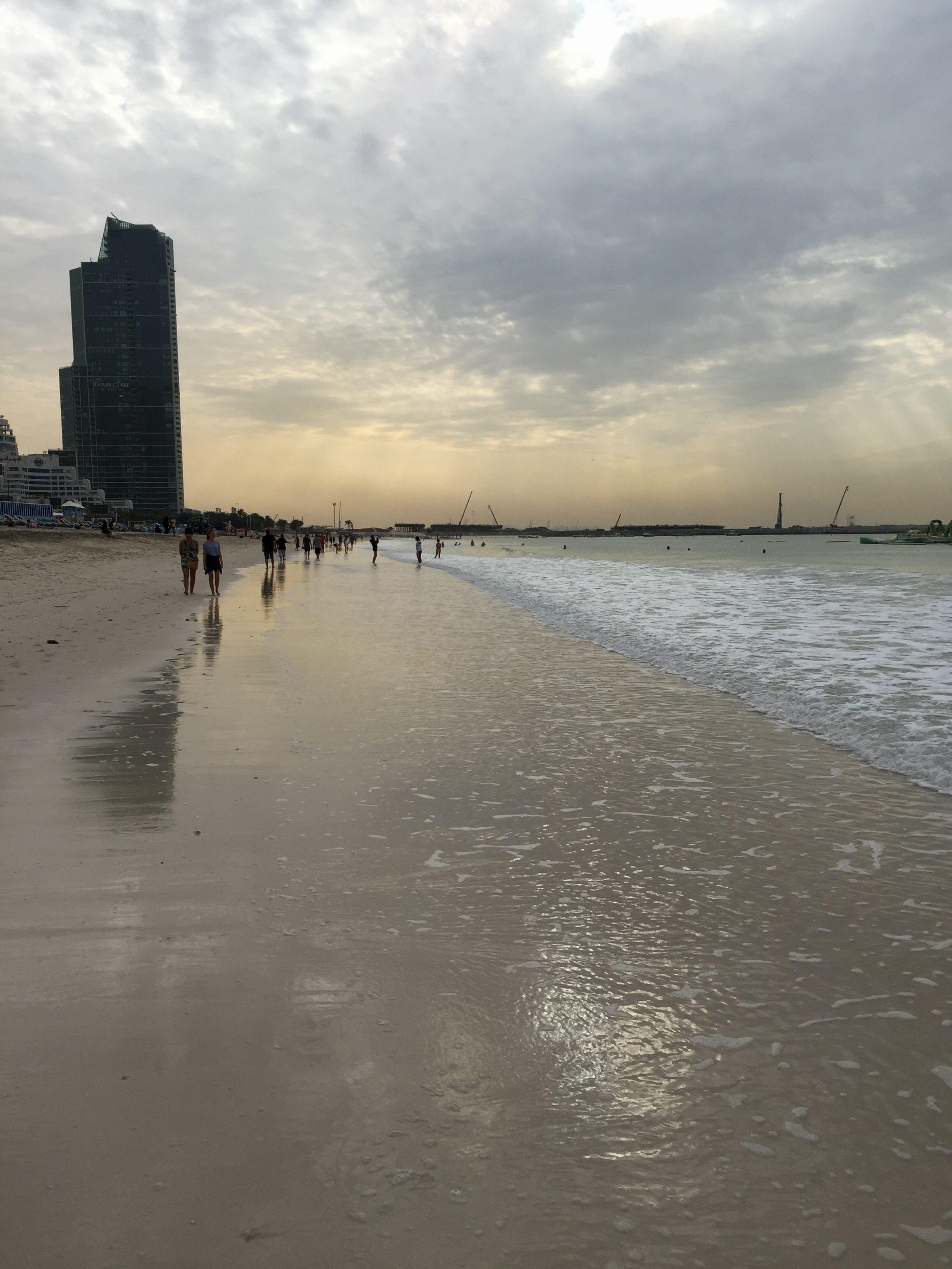 Sun shining down on JBR Beach 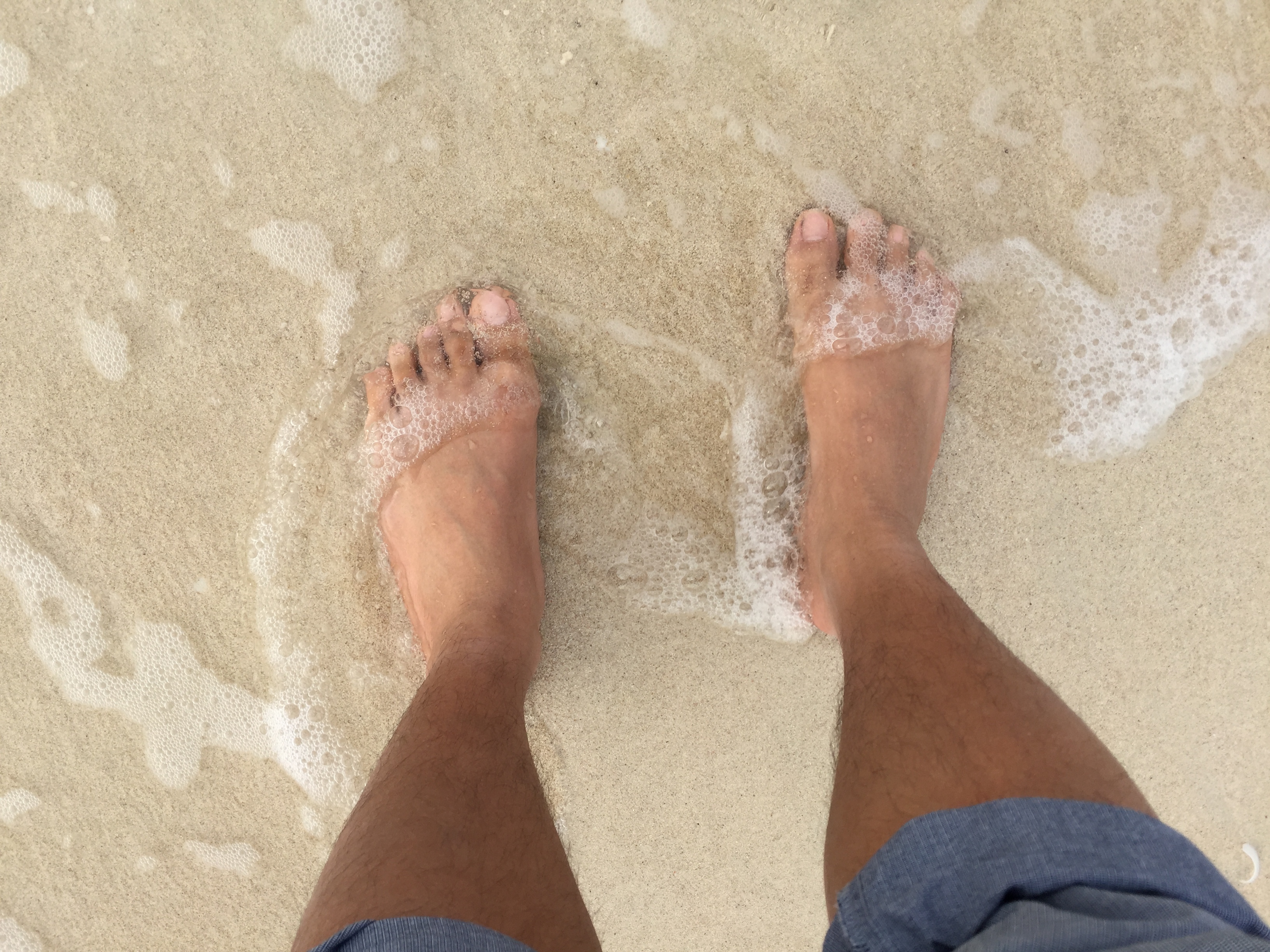 Soaking in the warm waters of the Persian Gulf

Go on a sunset cruise around the Dubai Marina
(1 hour)

After hanging out and people watching, walk over to the Dubai Marina and grab a ticket for a ferry ride on the Dubai Ferry. I caught the 5pm ferry ride, which lined up perfectly right around sunset. The ferry is a great way to see a lot of Dubai’s architecture from the water in a relatively short period of time (the ferry tour lasts about 60 minutes). Tickets for the ferry ride cost AED 50.

After the ferry ride, I grabbed a cab at the Dubai Marina (it’s pretty easy to find cabs and ubers in this part of town), picked up my stuff from my hotel, and headed off to Dubai airport for my connecting flight later that evening. 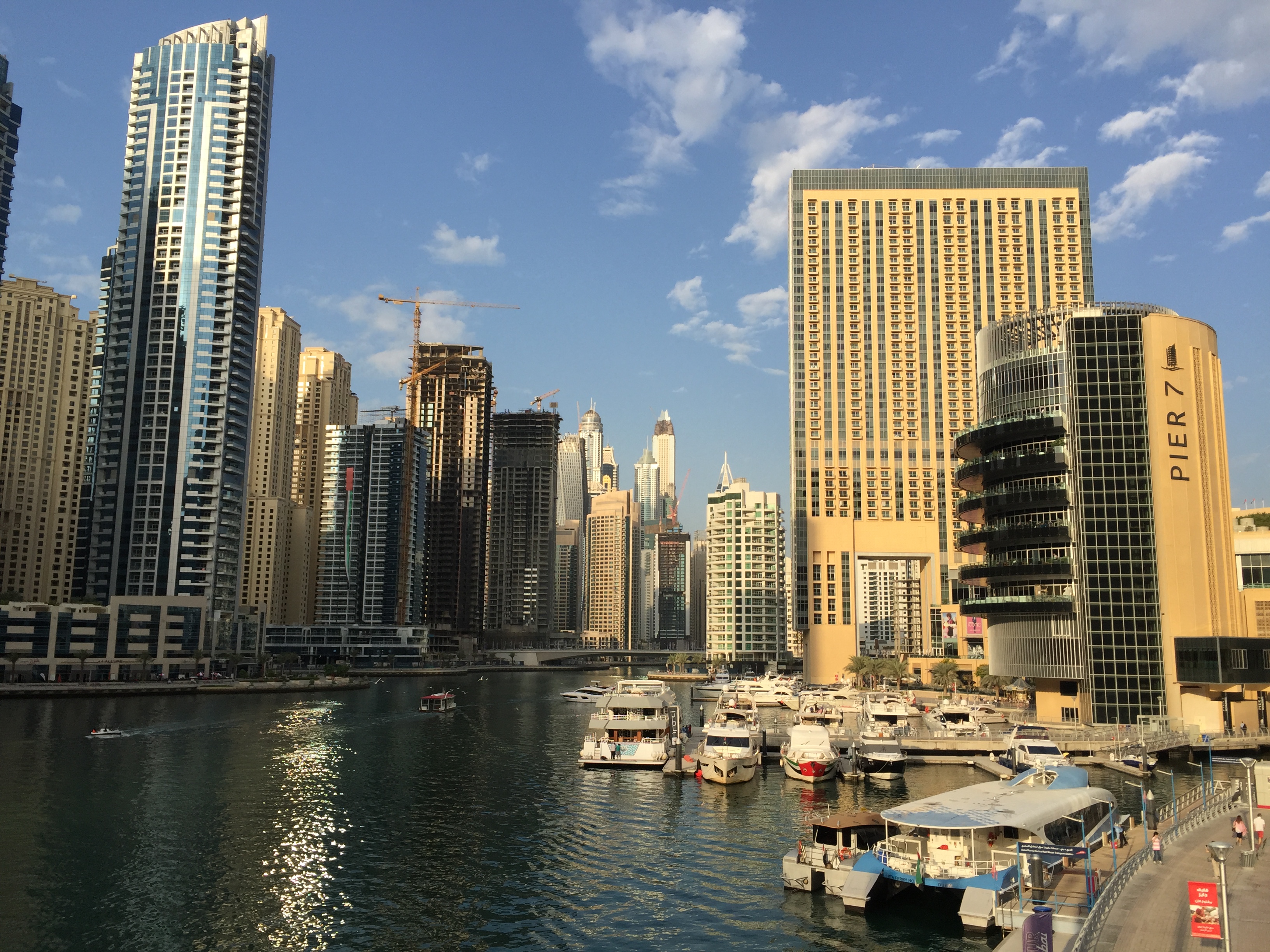 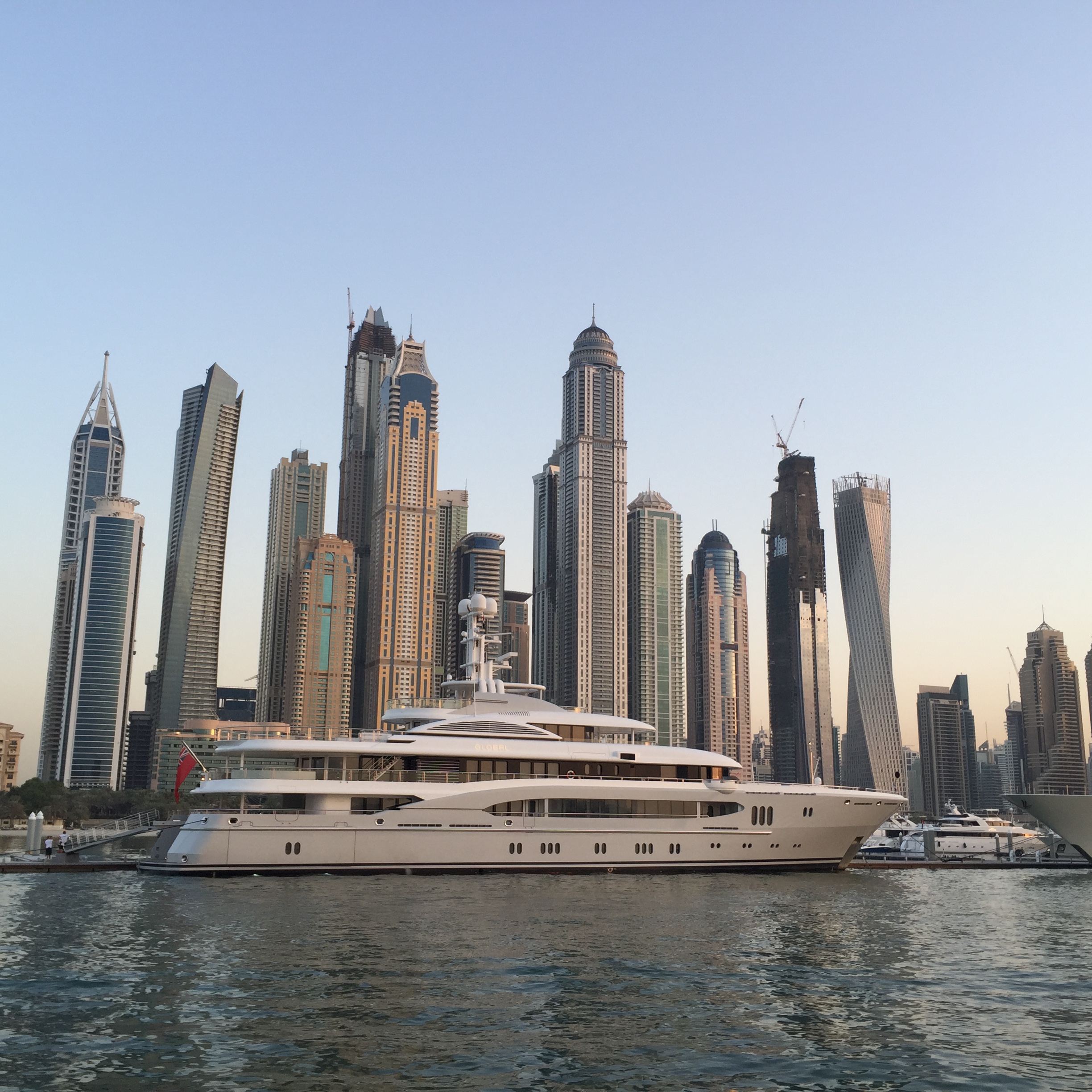 Sunset in the Persian Gulf

Getting Around:
If you’re strapped for time, and want to make the most of your short stay in Dubai, I’d highly recommend using a taxi or uber to get around. While I did take the Dubai Metro from the airport to my hotel, walking from the metro station to your final destination in the oppressively hot Middle East heat is no joke. Do yourself a favor and just take a cab or uber!