A few months ago, I managed to snag an award seat using my American Aadvantage miles to fly on Etihad’s First Class Apartment product from Abu Dhabi to Sydney. For many, the product itself is arguably the most luxurious first class product currently out on the market. With a total flight time of slightly more than 14 hours, I had a lot of time to savor the experience. The experience itself however, started long before the flight. Here’s how my trip went:

My experience with Etihad began way before the flight itself. Anyone that travels first class with Etihad is automatically eligible for a personal chauffeur pick up both to your origin airport and on arrival at your destination airport. I had currently been on a one day layover in Dubai, and even though Dubai is nearly 150km from Abu Dhabi, Etihad’s chauffeur service still picked me up from Dubai. I thought this service was amazing, but learned that this is pretty common as many passengers that fly out of Abu Dhabi stay in Dubai. 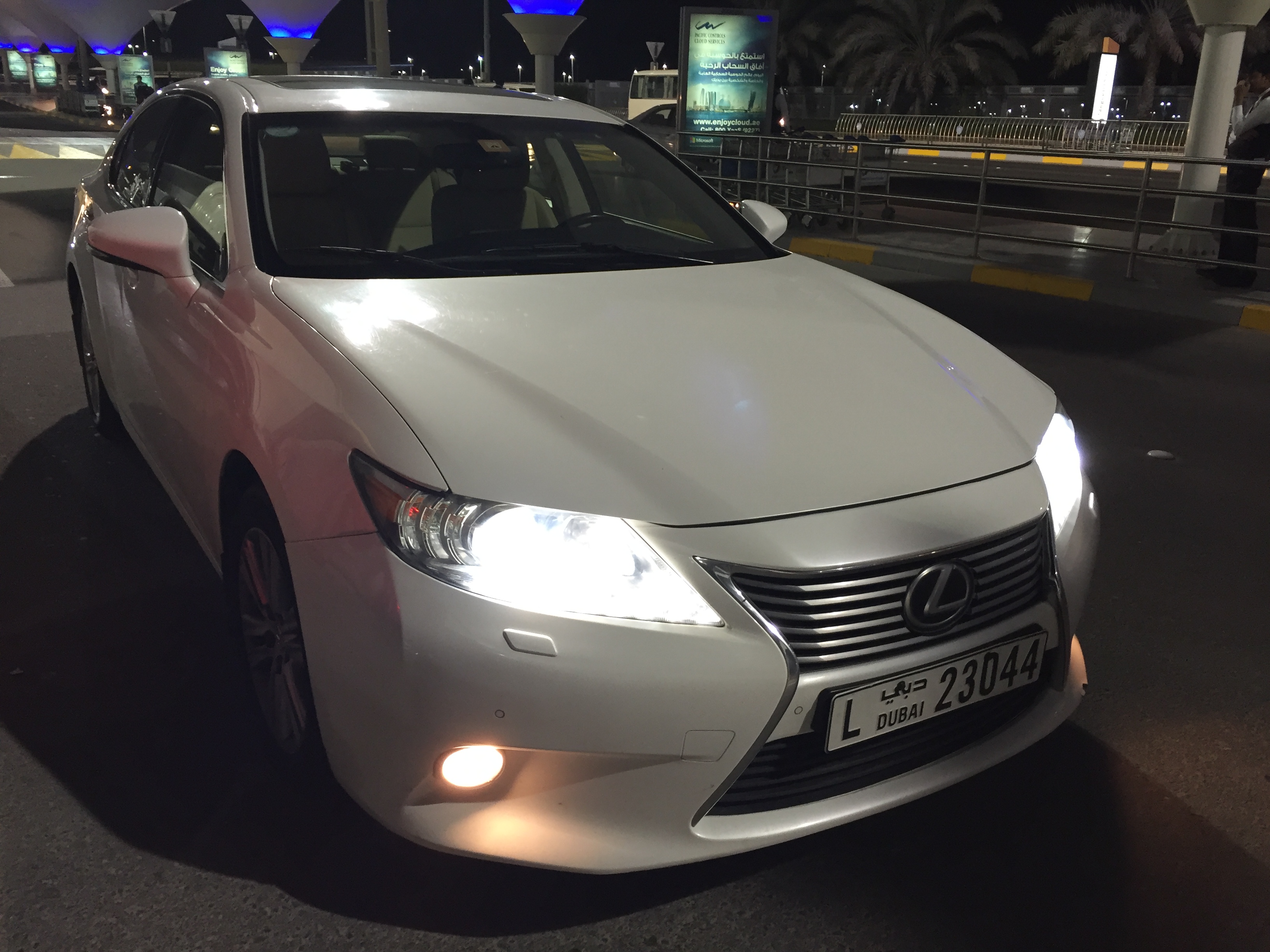 My very own chauffeur to Abu Dhabi airport!

Other than the horrible traffic between the two cities, the journey to Abu Dhabi International Airport was fairly uneventful.

After arriving at the airport, as a first class passenger you’ll be able to skip the lines at the airport and proceed to the first class counter, which at Abu Dhabi airport is in a completely separate space with a private entrance. Both check-in and passing through security and immigration was a breeze at the airport. 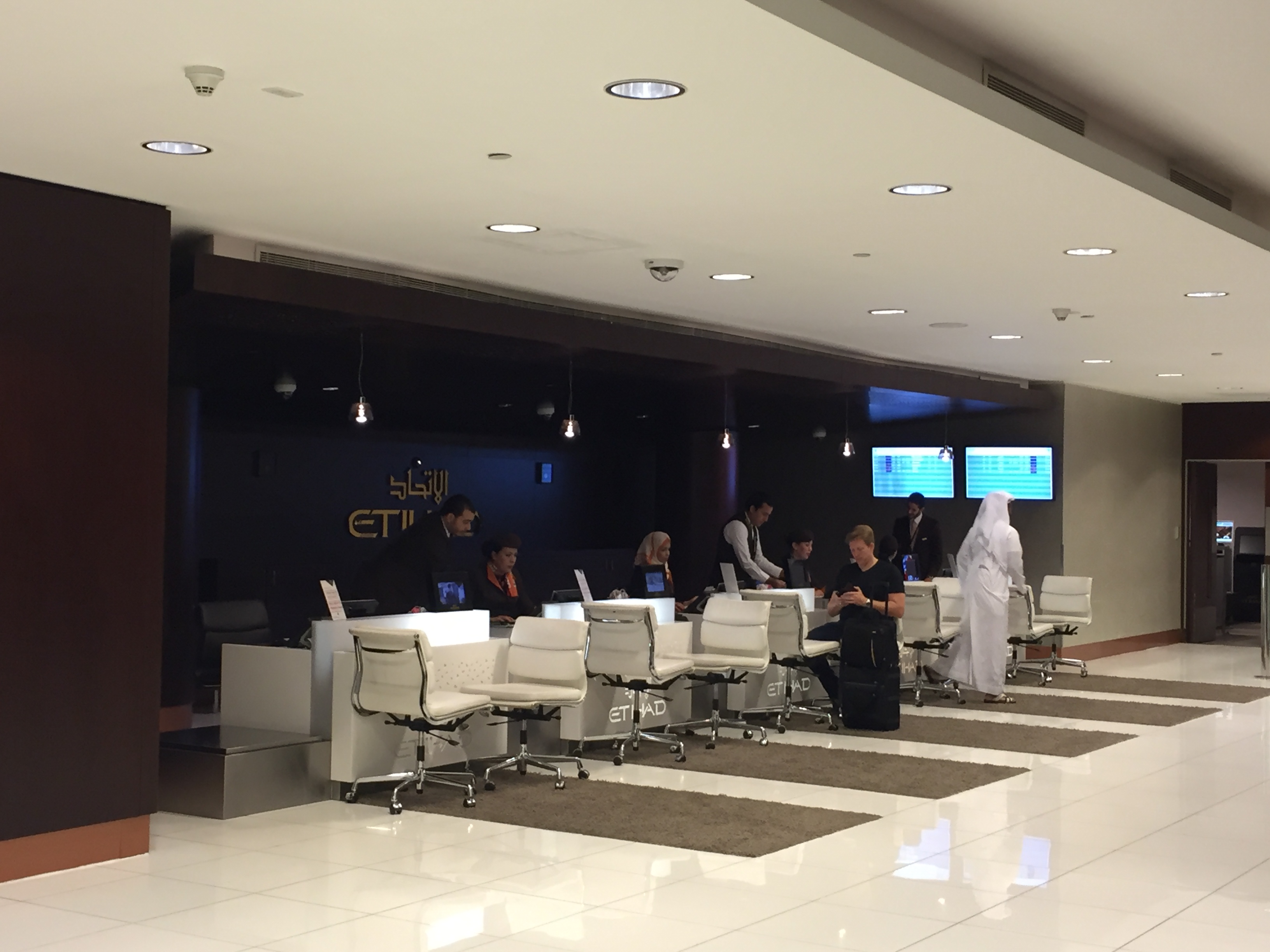 Due to traffic, I only had about 45 minutes to spare at the airport before my flight began to board. After clearing immigration I made my way to Etihad’s Premium Class lounge. Simply show your ticket and you’re in. The lounge itself was by far the largest premium class lounge I’ve ever been to. Unlike some other lounges I’ve been to, the Etihad Premium Class lounge had two buffet areas, a bartender working a real bar, a spa, private showers, and ample seating throughout the lounge. Although the lounge itself felt very spacious. I grabbed a quick bite to eat then headed to my gate. 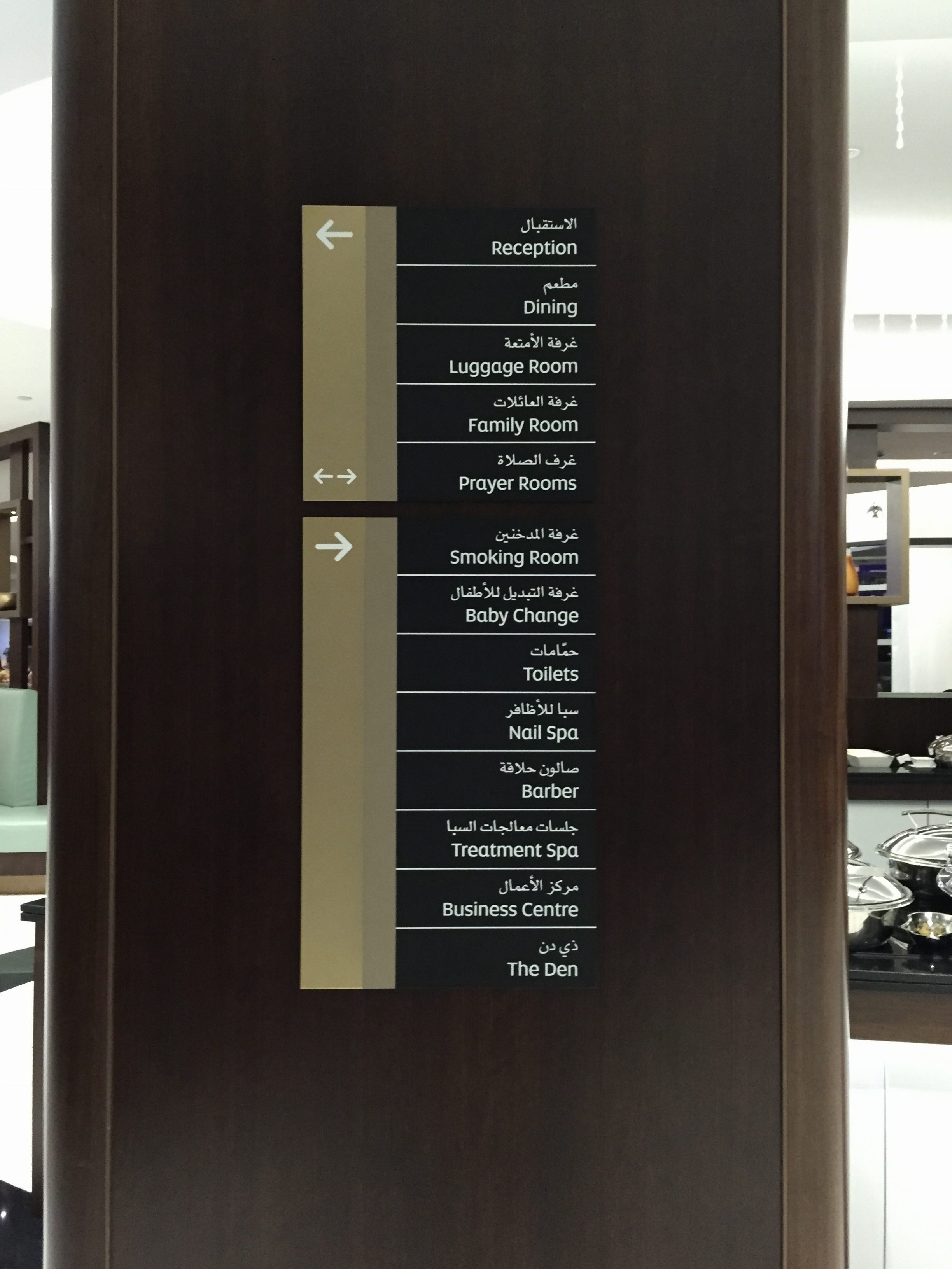 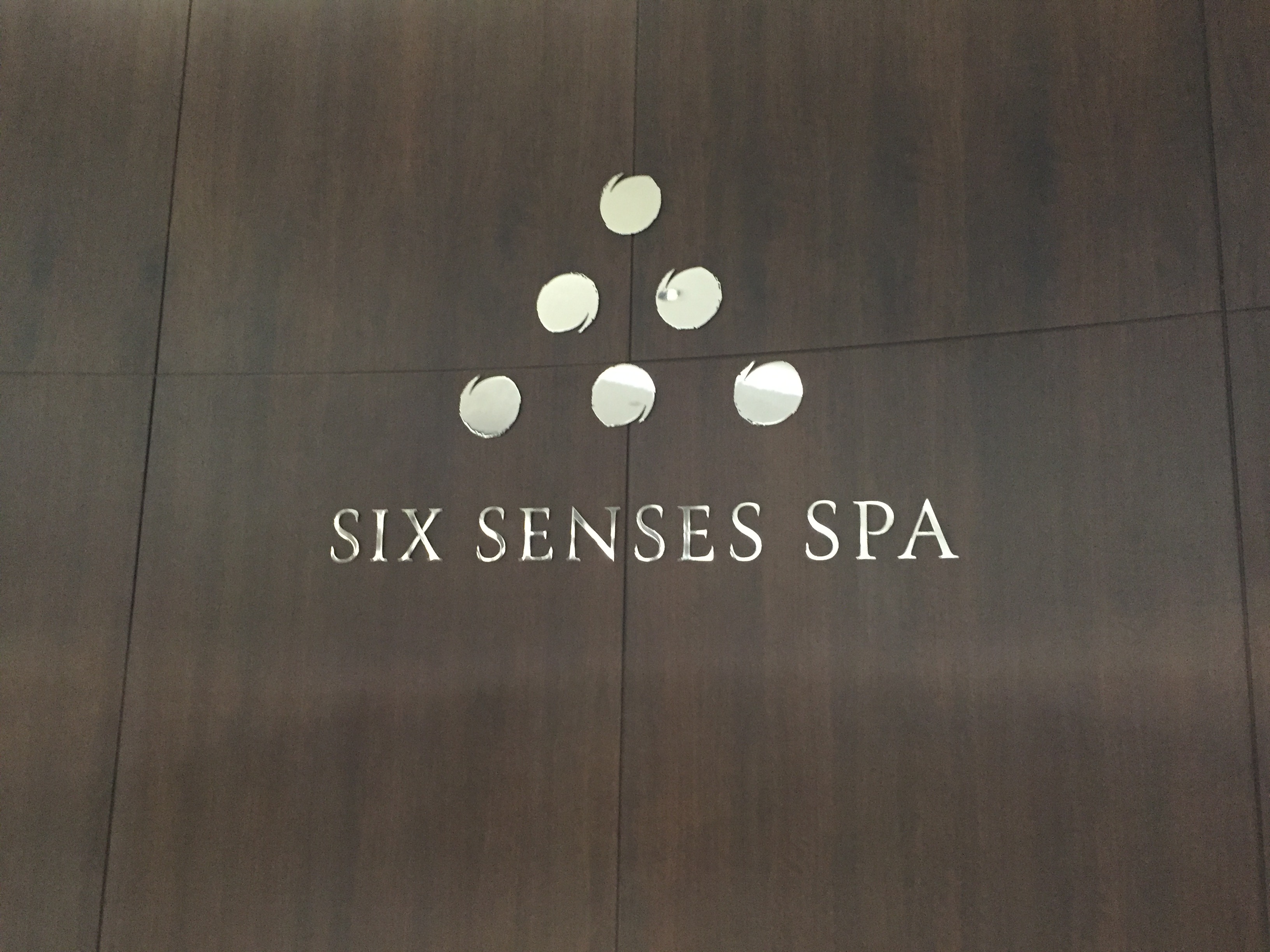 The Spa at the Lounge 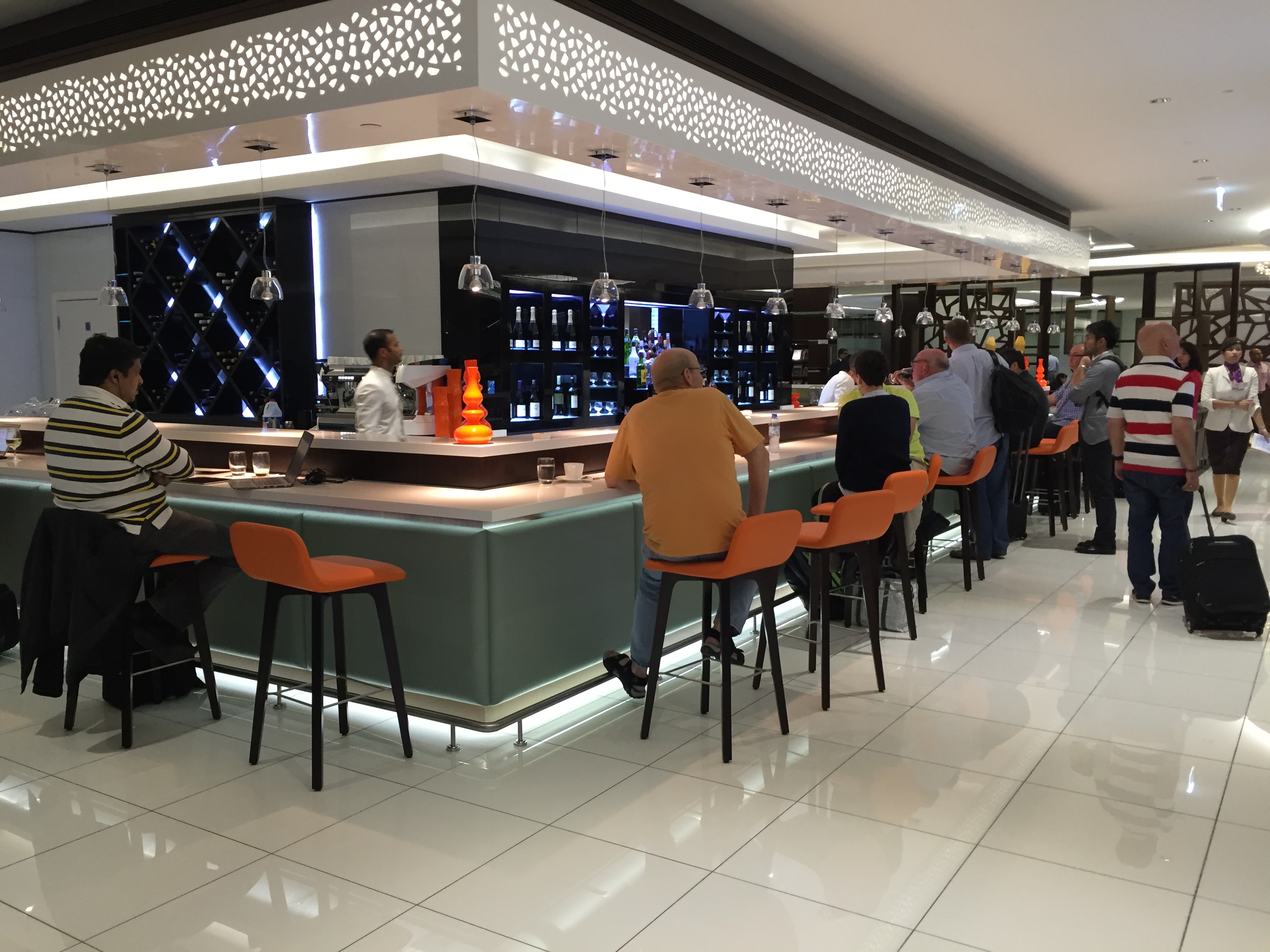 The Bar at the Lounge 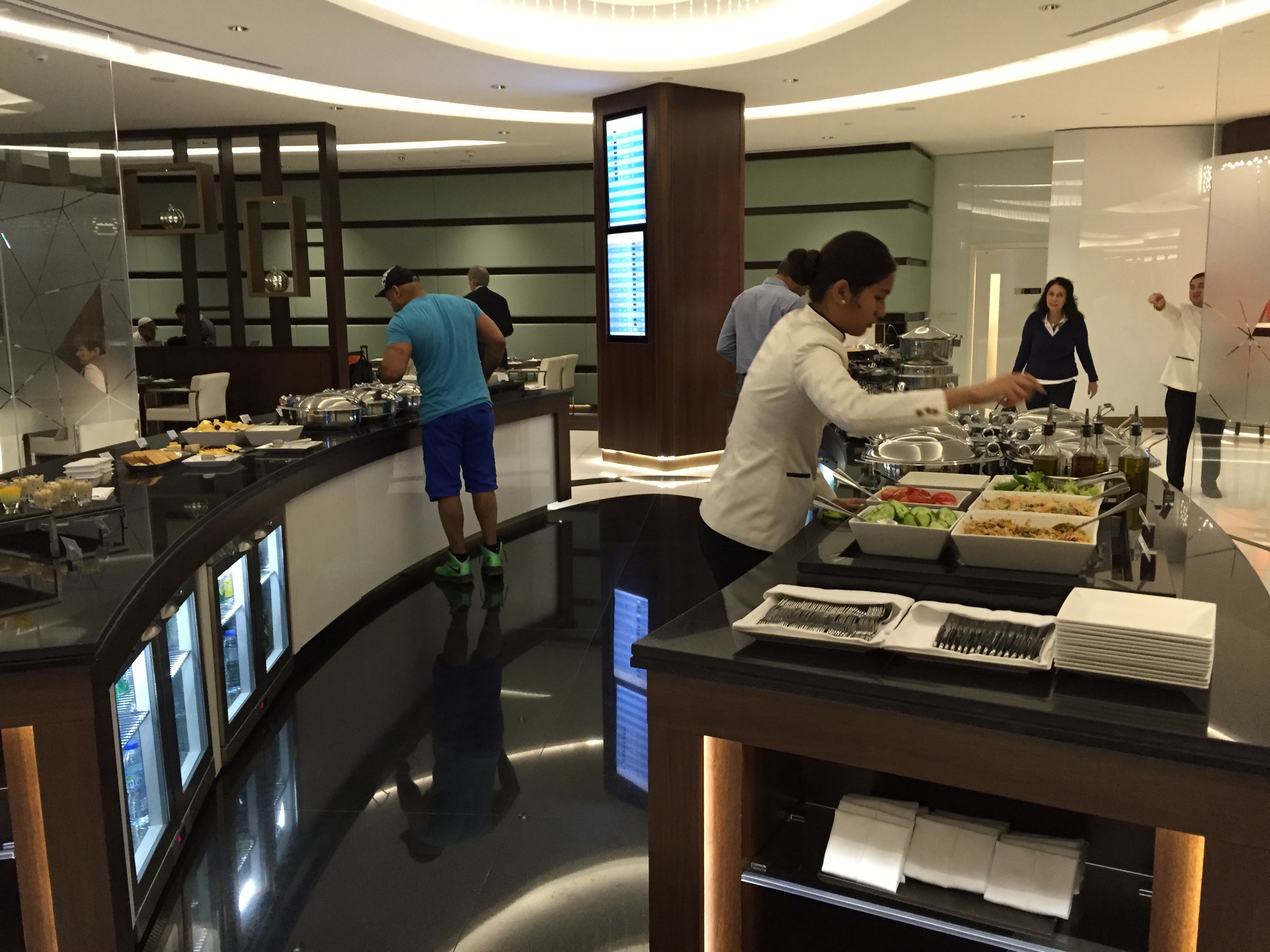 The buffet at the lounge

Pro-tip: If I could have done this trip over again, I would have requested the chauffeur to pick me up much earlier than was initially planned. My flight was scheduled to depart at 10:15pm, but we left Dubai around 6:30 p.m., which didn’t leave me much time to enjoy the first class experience at the airport.

Finally, it was time to board the flight!

There are a total of 9 first class apartments on-board Etihad’s A380 routes. Apartments 4A and 4k are the only apartments where your seat is adjacent to the window and is faced forward, the other apartments either have a seat that faces backward, or is situated next to the aisle. I was lucky enough to snag Apartment 4A. 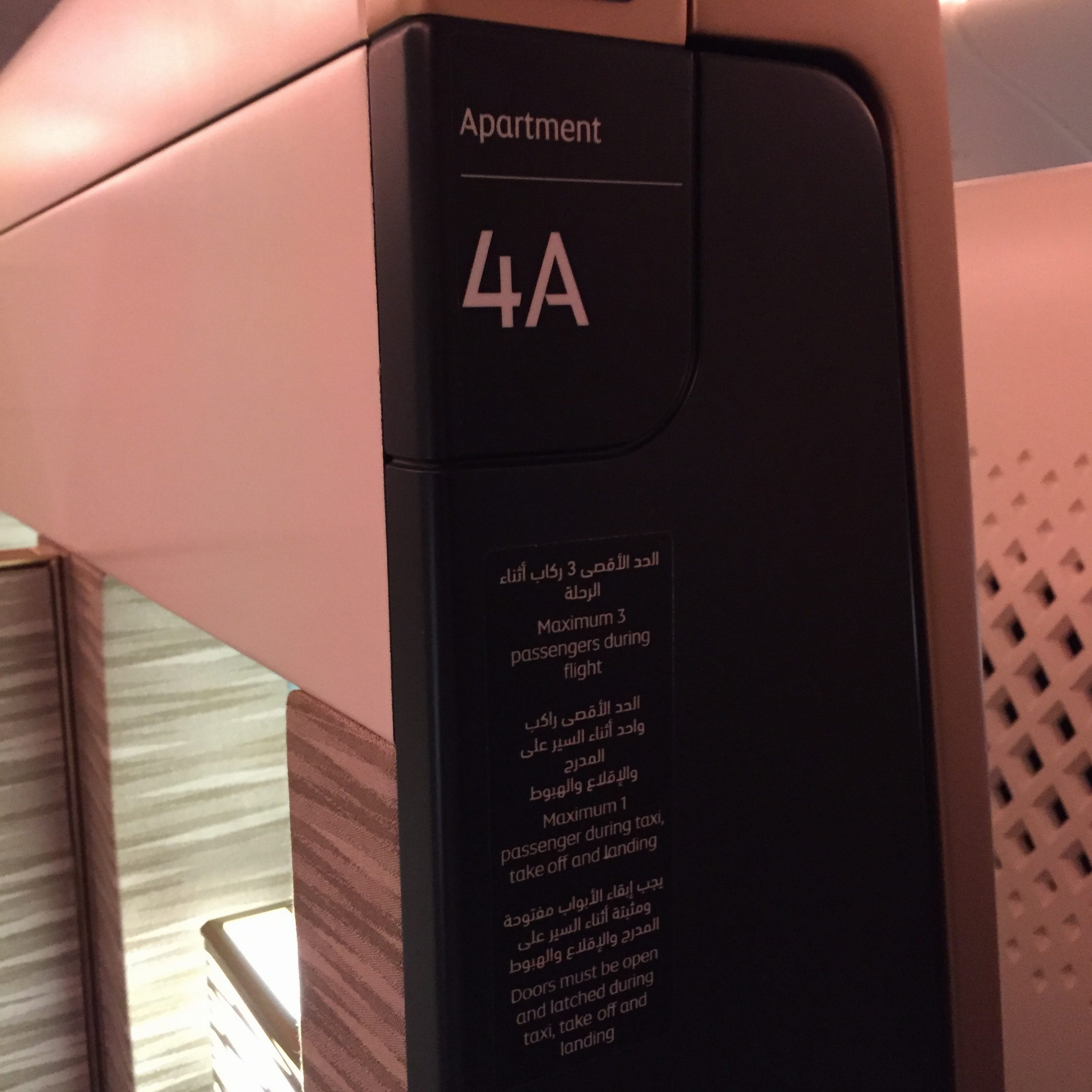 My address for the flight: Apartment 4A 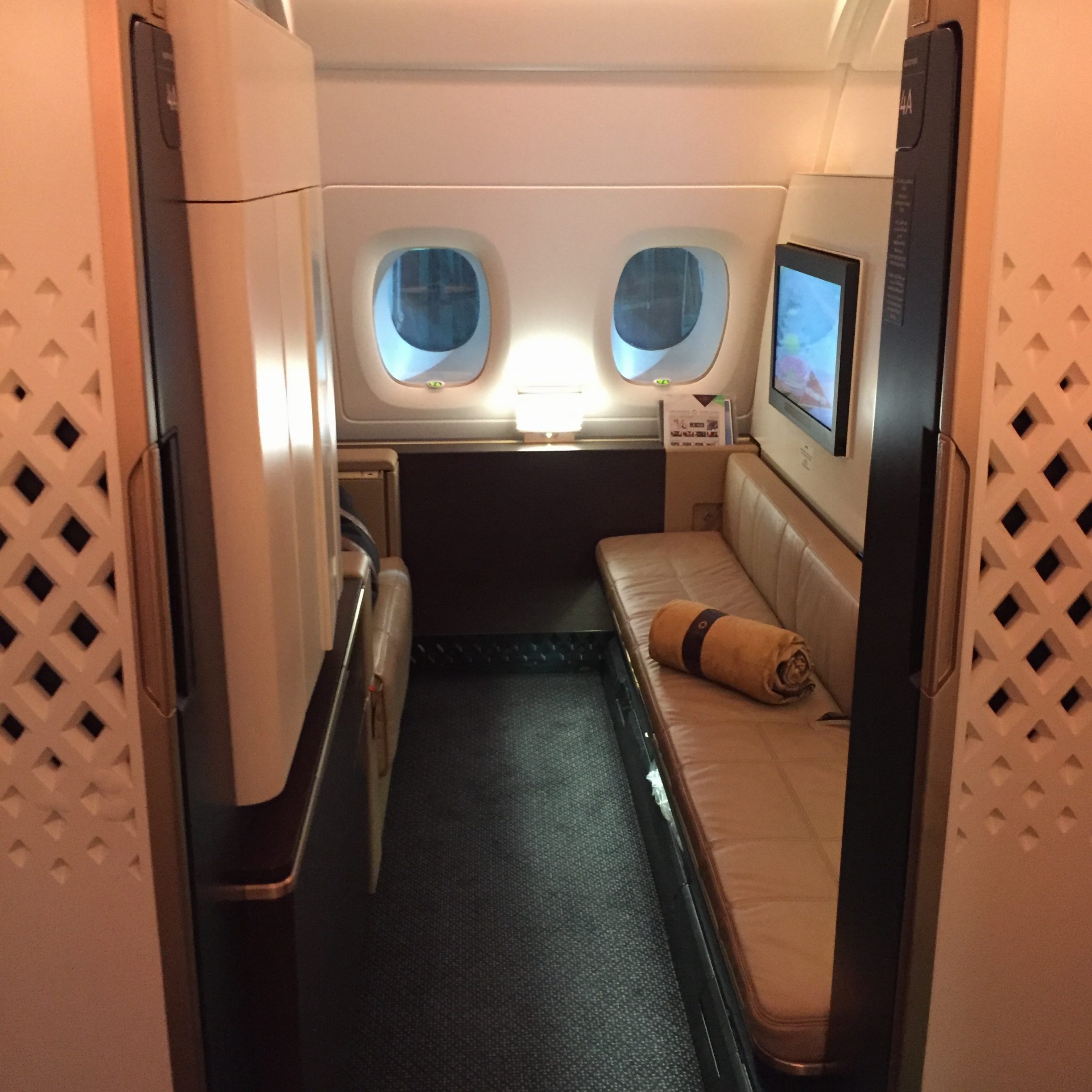 A look into my apartment: Etihad First Class A380 Apartment 4A 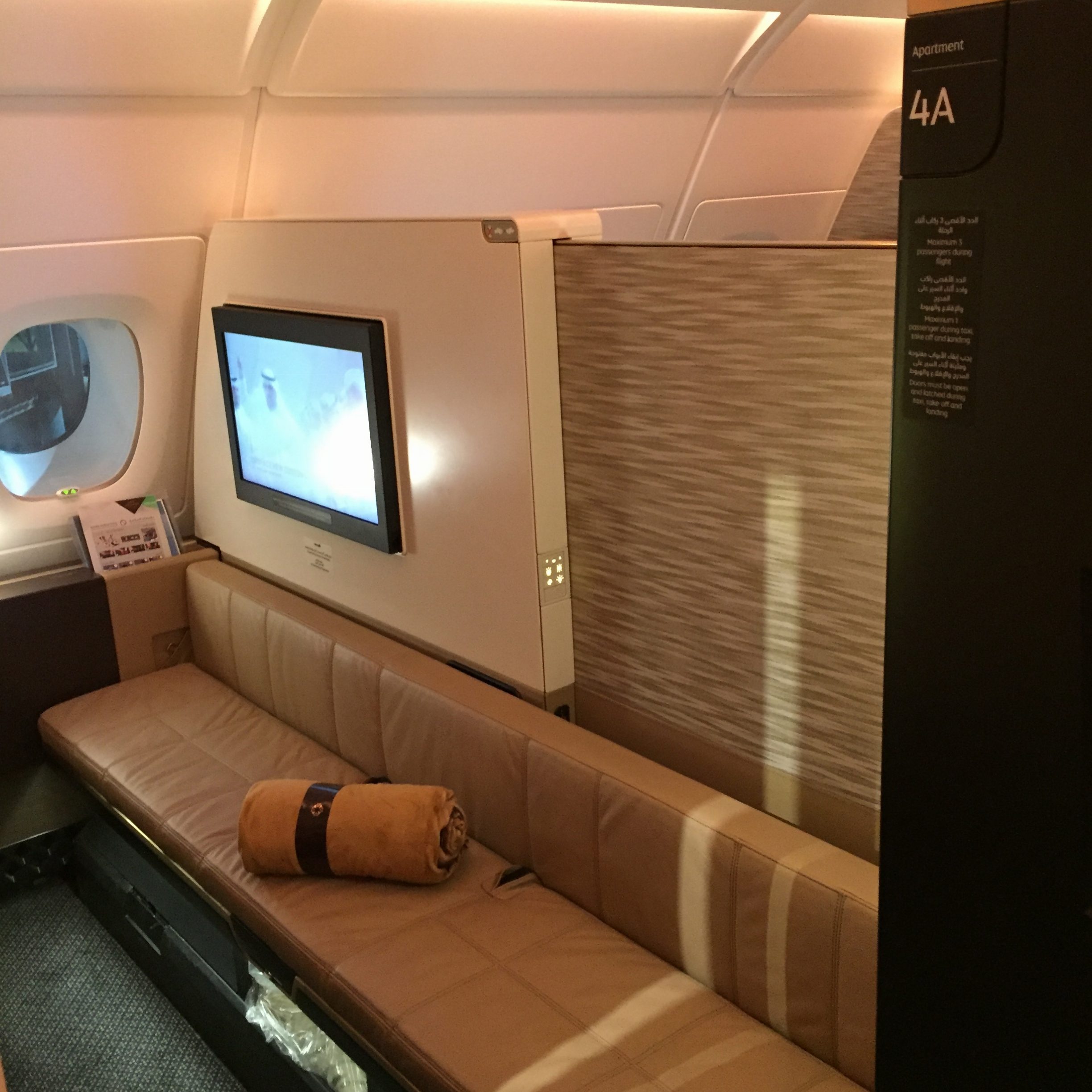 Etihad First Class A380 Apartment 4A couch. The couch itself is a staggering 6 feet 10 inches long, and converts to a bed during turn-down service. It’s by far the longest bed I’ve ever slept on in a plane! 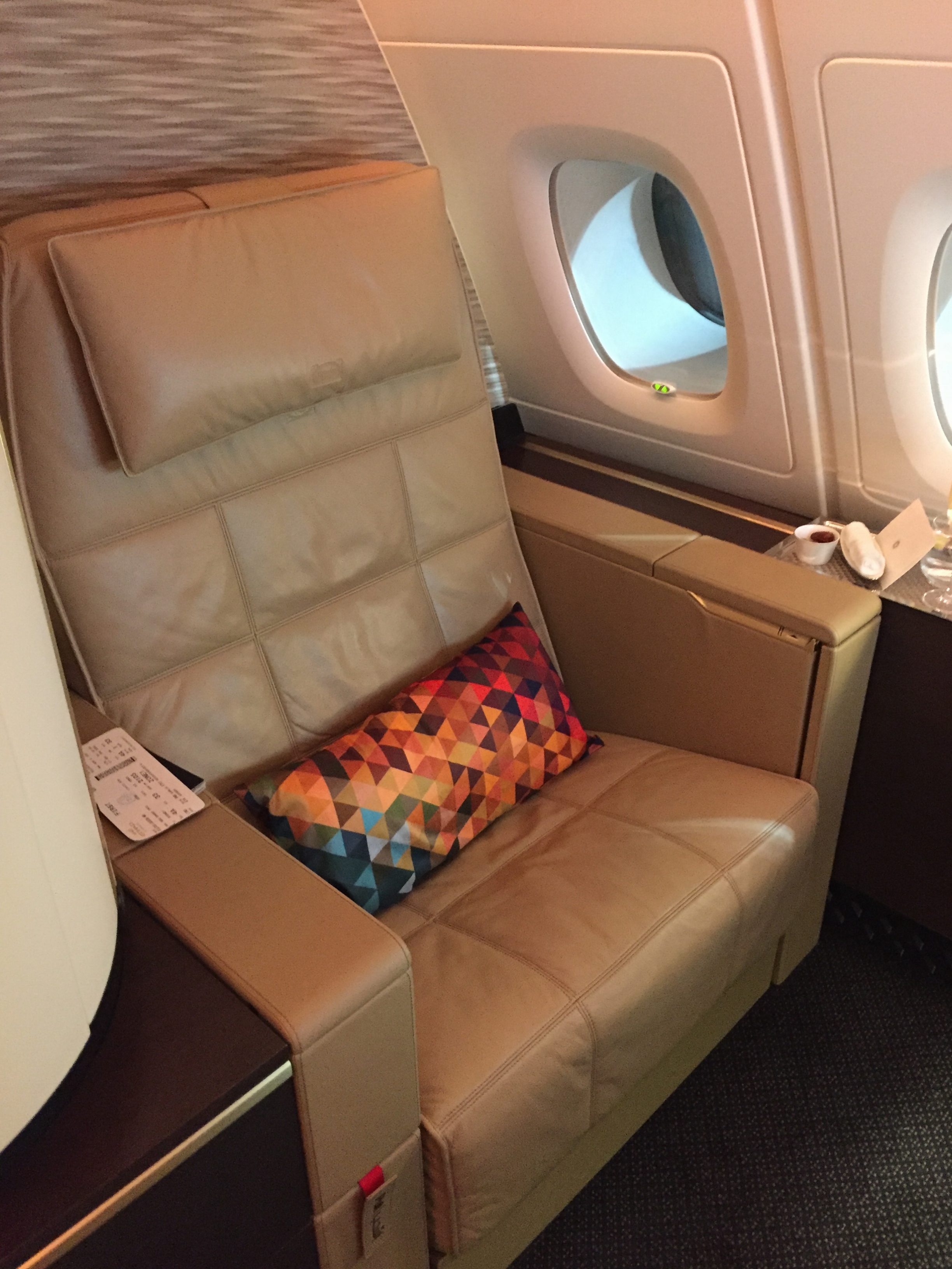 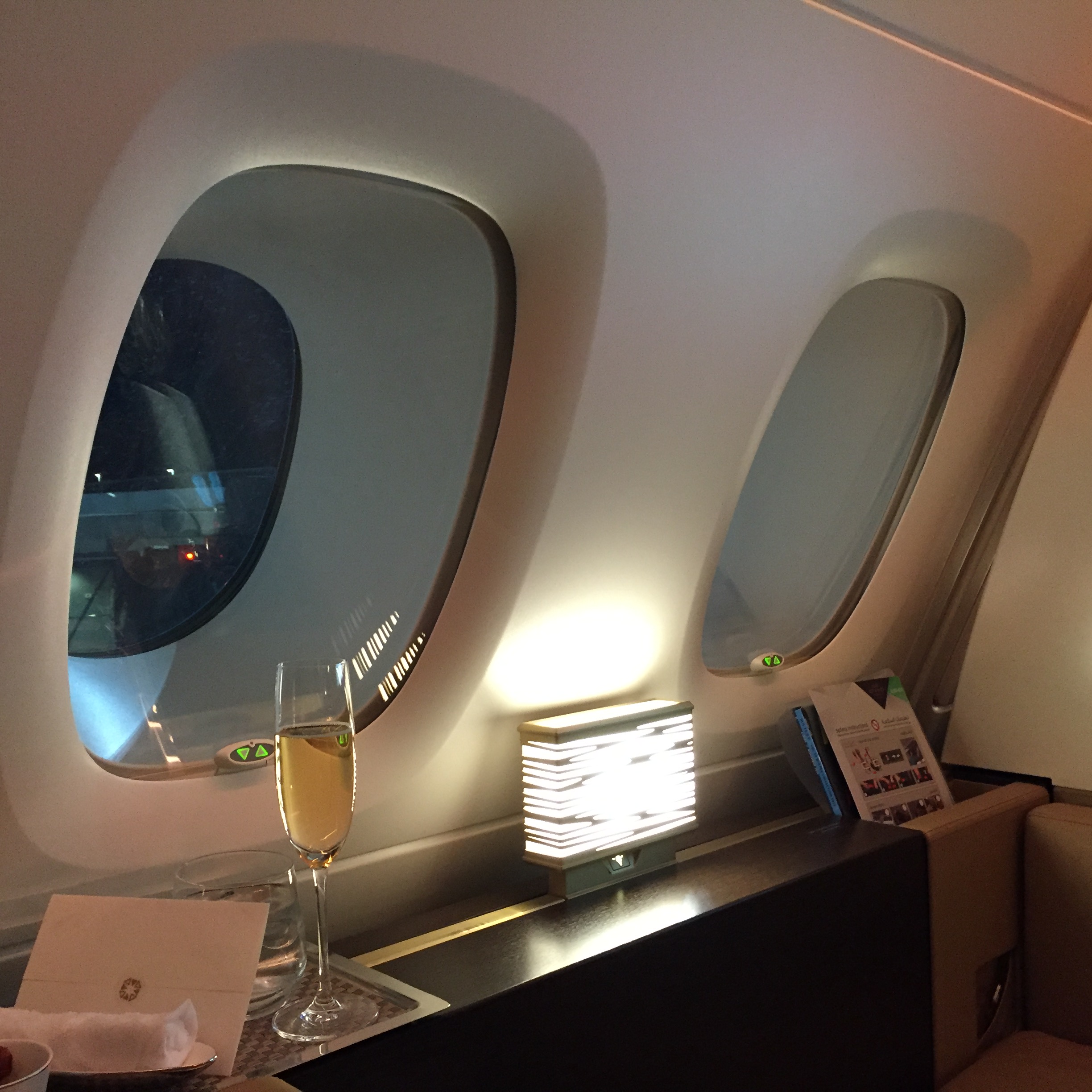 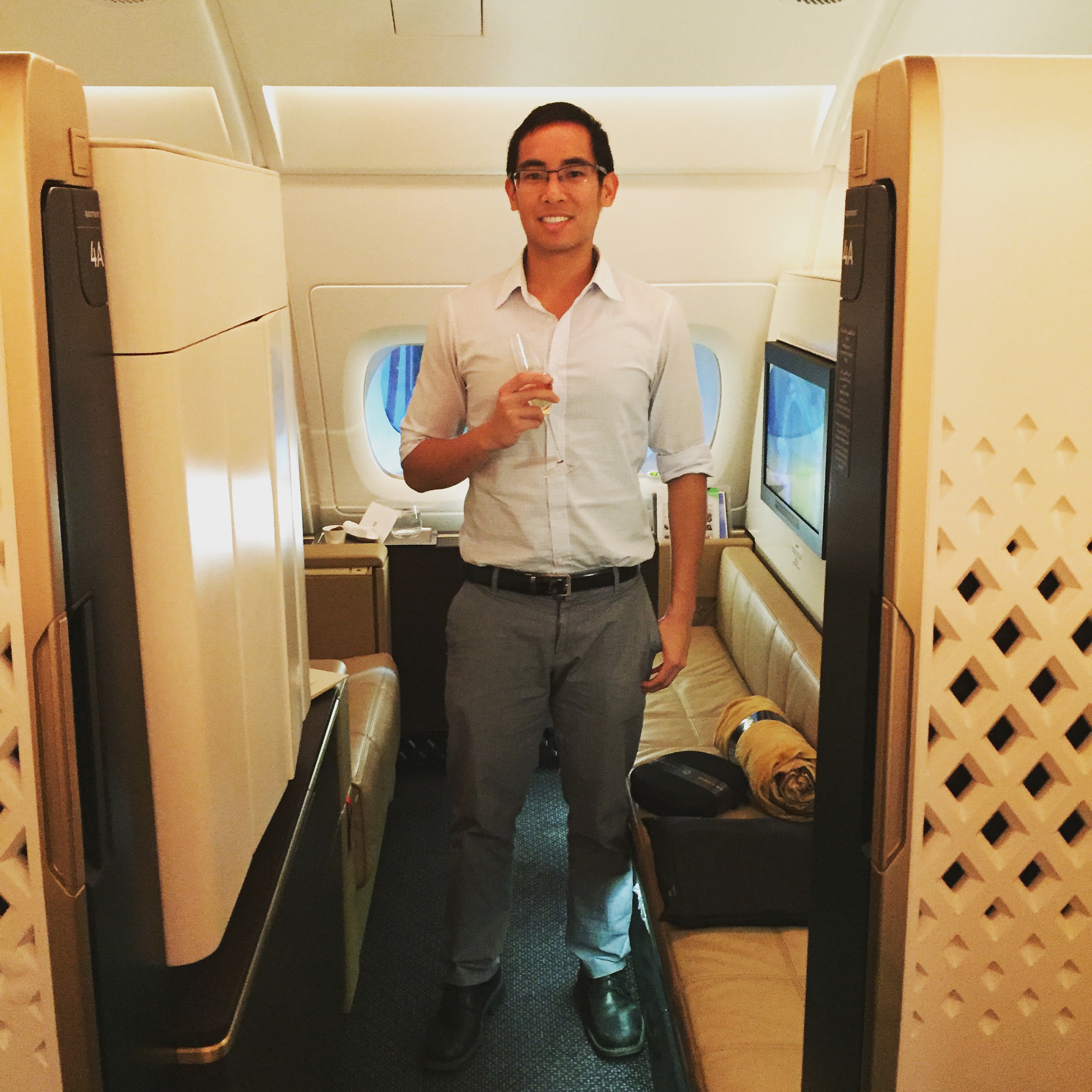 A glass of wine before the flight!

The dining experience was beyond I’ve ever had. Given the 14 hour flight, both a dinner and a breakfast was planned for the route. In addition to the planned meal service, passengers also had full access to order a la carte off the menu throughout the flight. 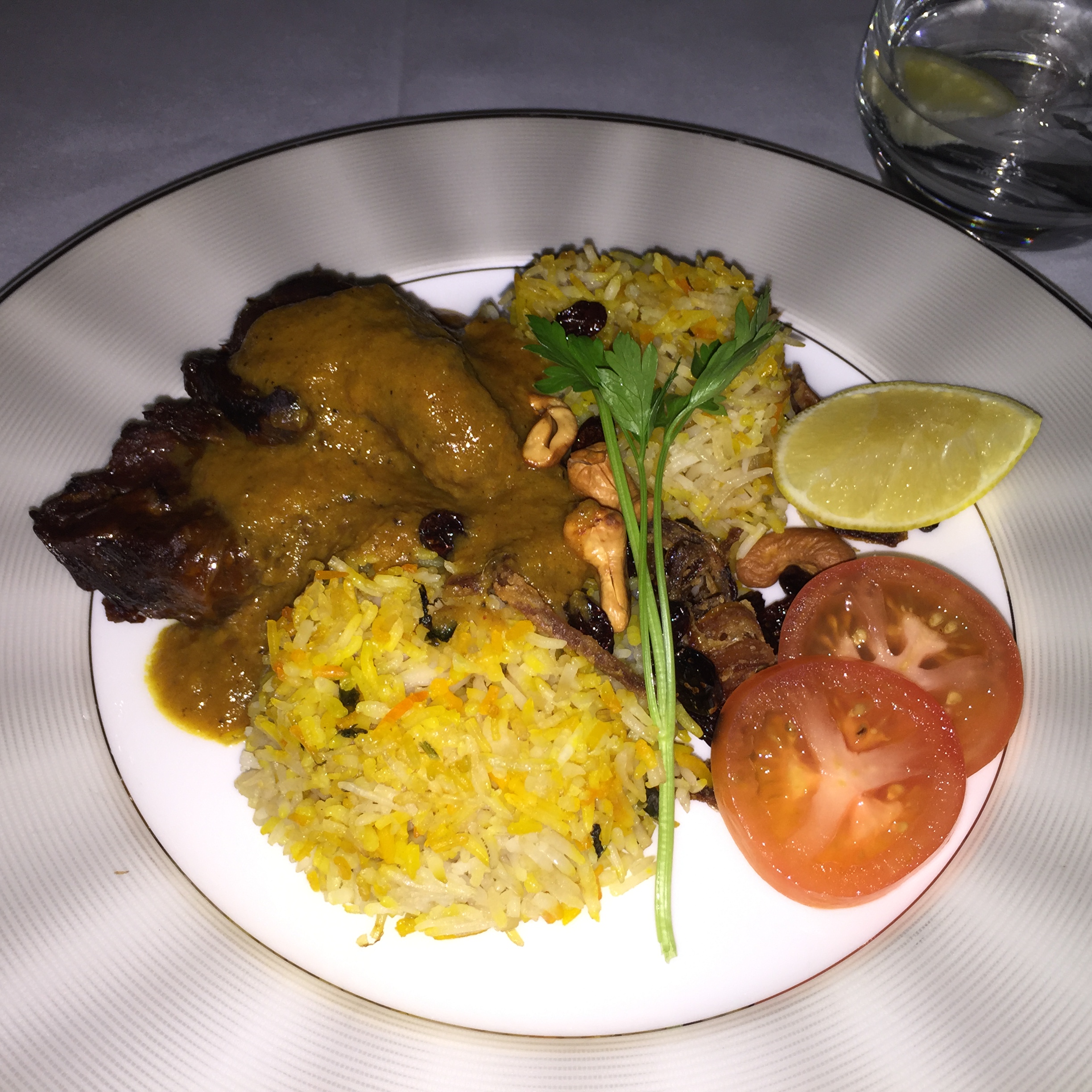 The highlight of the flight itself was getting the chance to take a shower…on a plane! The Etihad A388 is one of only two carriers (the other is Emirates) in the world that offer on-board showers to passengers. When you board the flight, your flight attendant will inquire when you’d like to use the shower. I opted to take my shower a few hours before landing in Sydney. As you can imagine, when it was my turn, I was beyond excited to try out this very novel experience.

Passengers only get 5 minutes worth of running water, though you extend your shower by pressing the stop and start button. usually like to test the temperature of the water before I getting into the shower, but unfortunately the water doesn’t begin to run unless the shower door is completely closed. Save yourself the possibility of being hit with cold water and dial up the temperature before you turn it on. 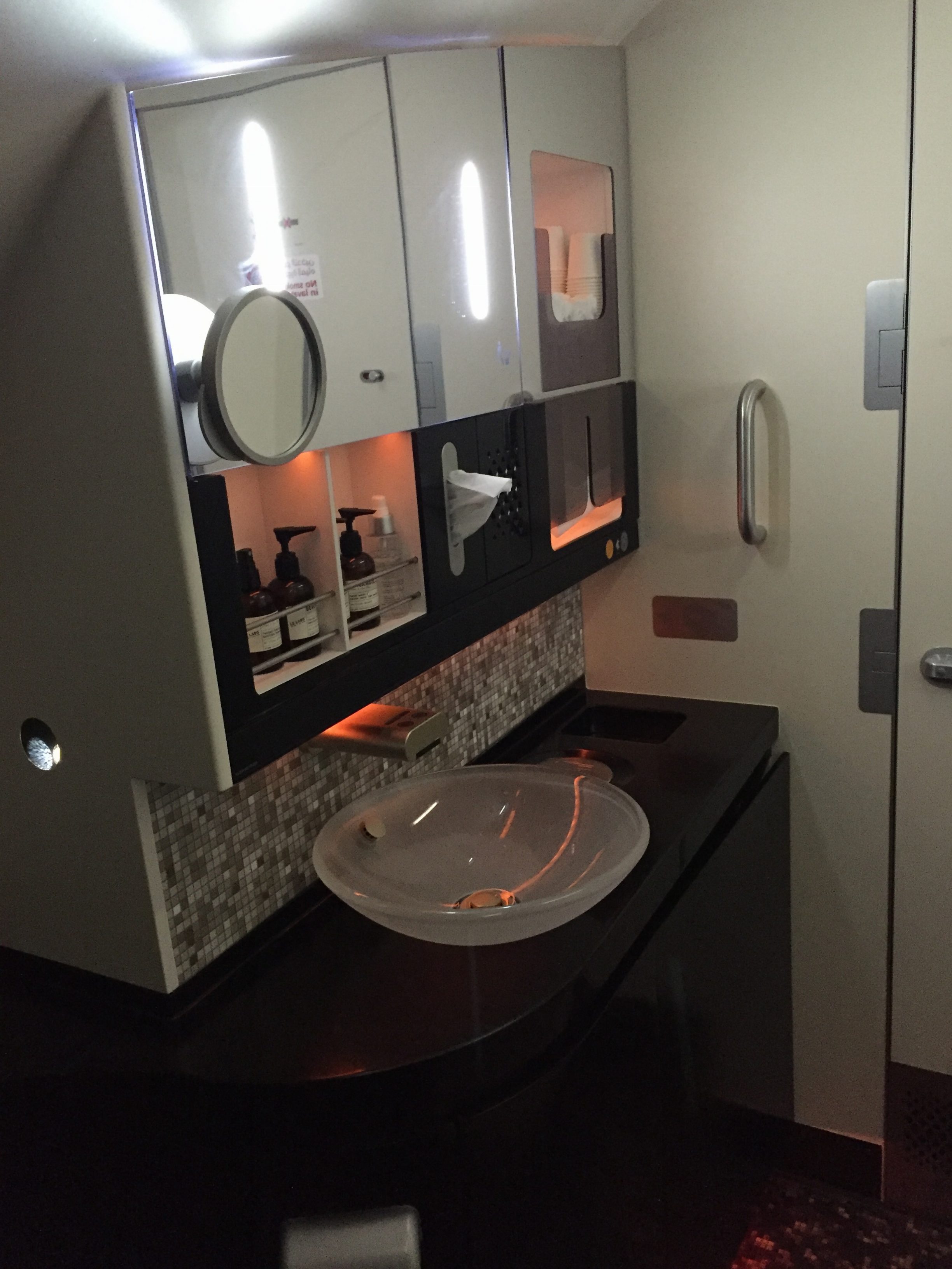 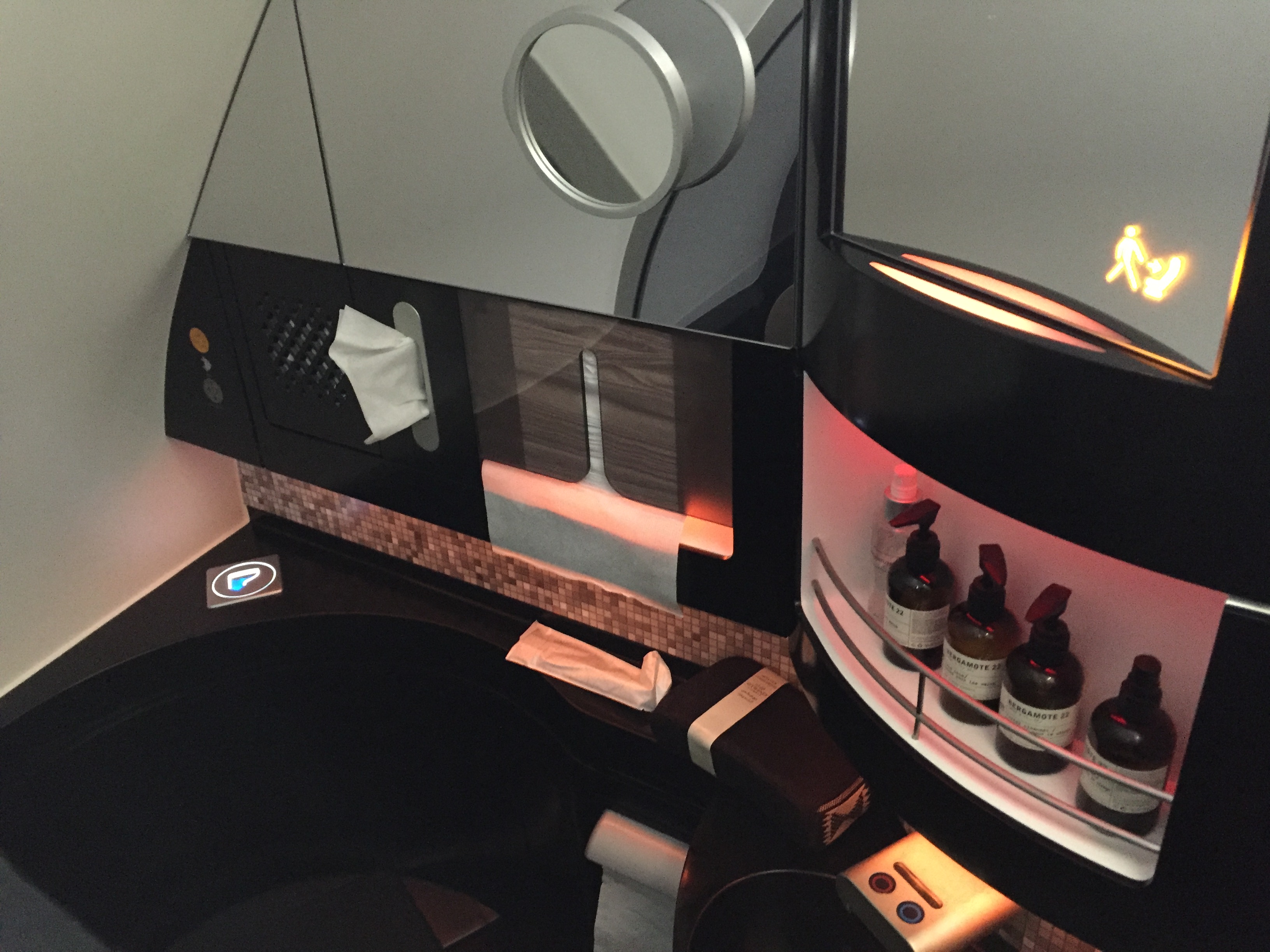 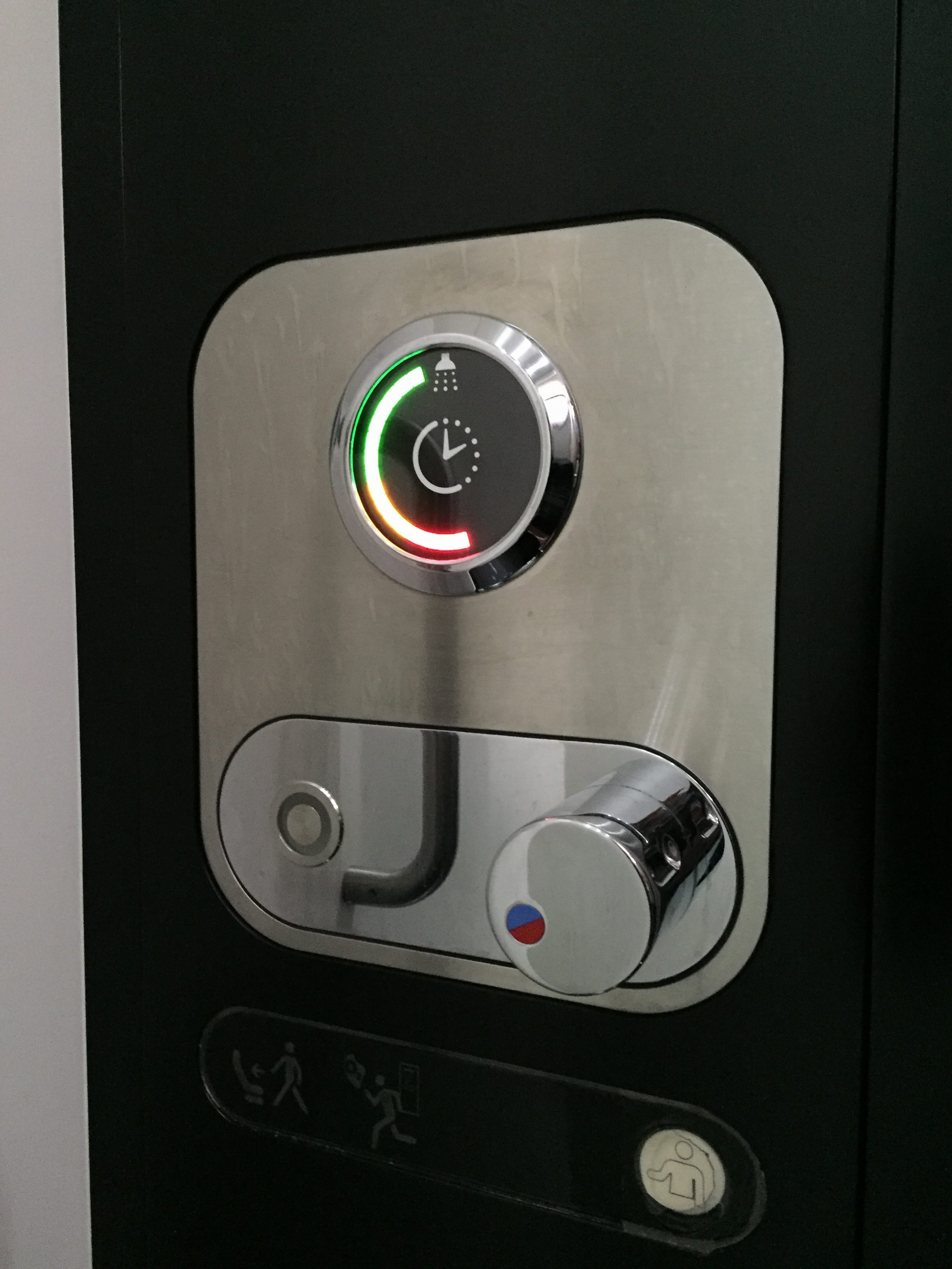 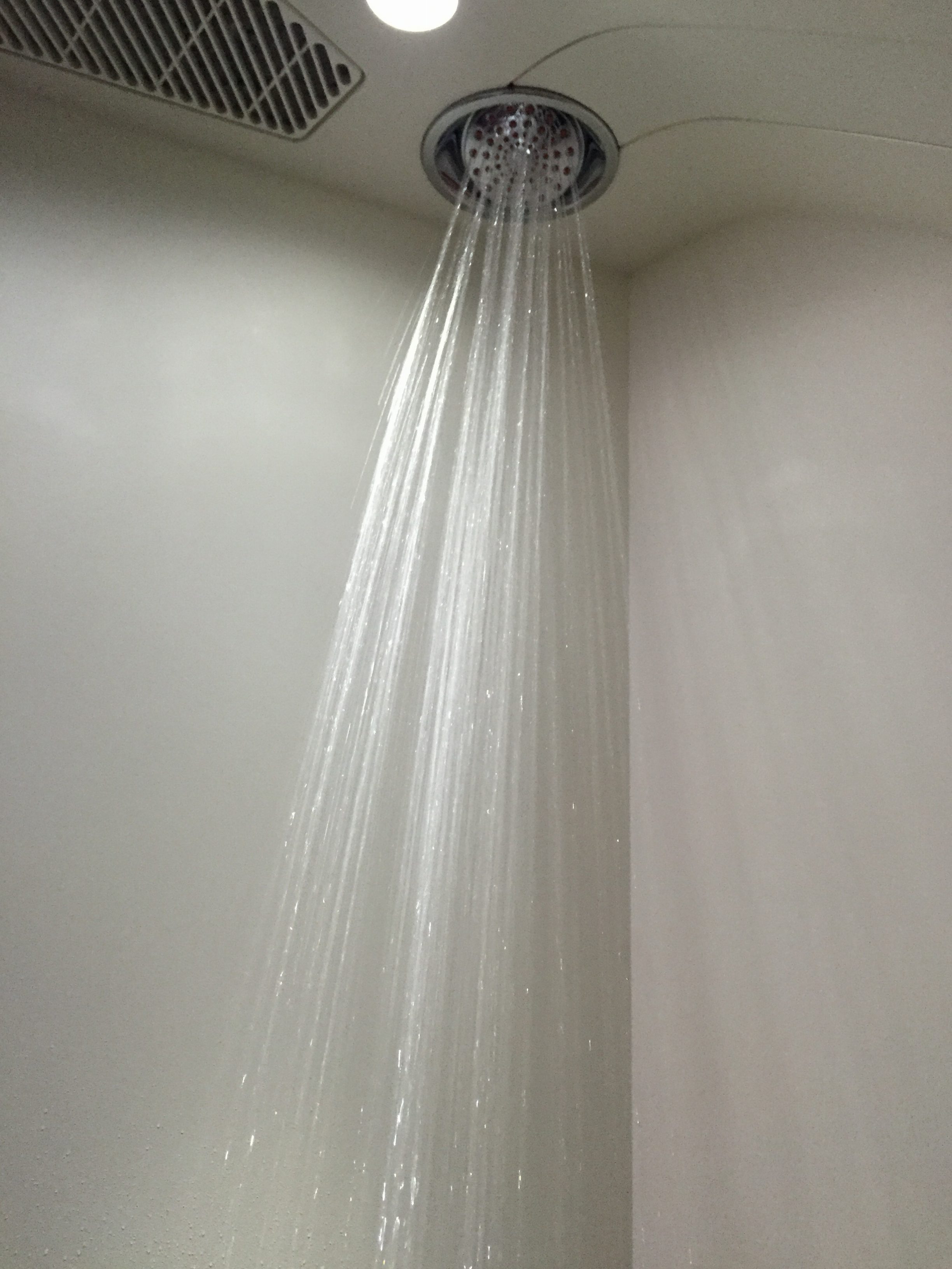 After showering a bit, I decided to check out the on-board lounge that’s shared between the first class and business class cabins. 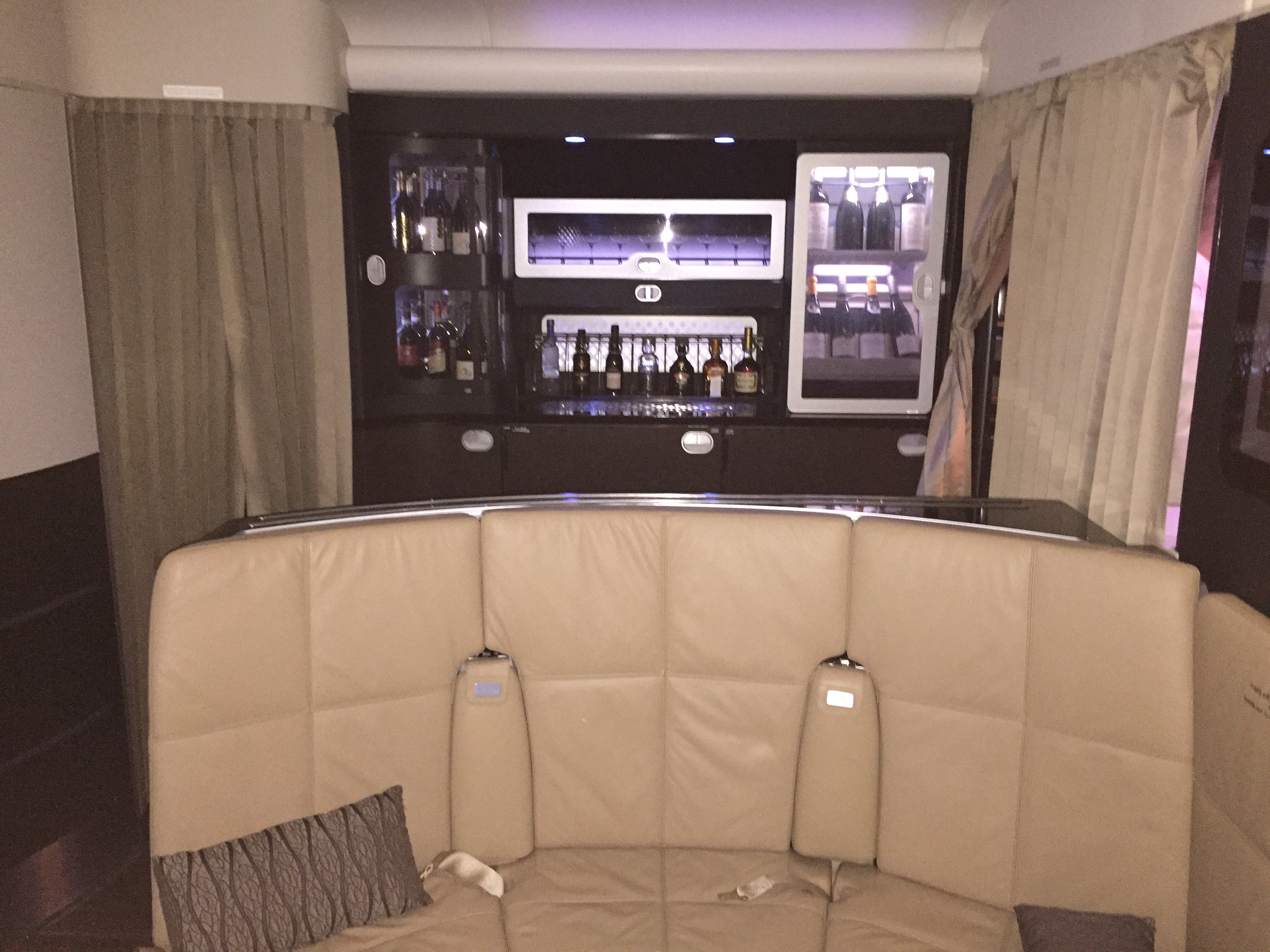 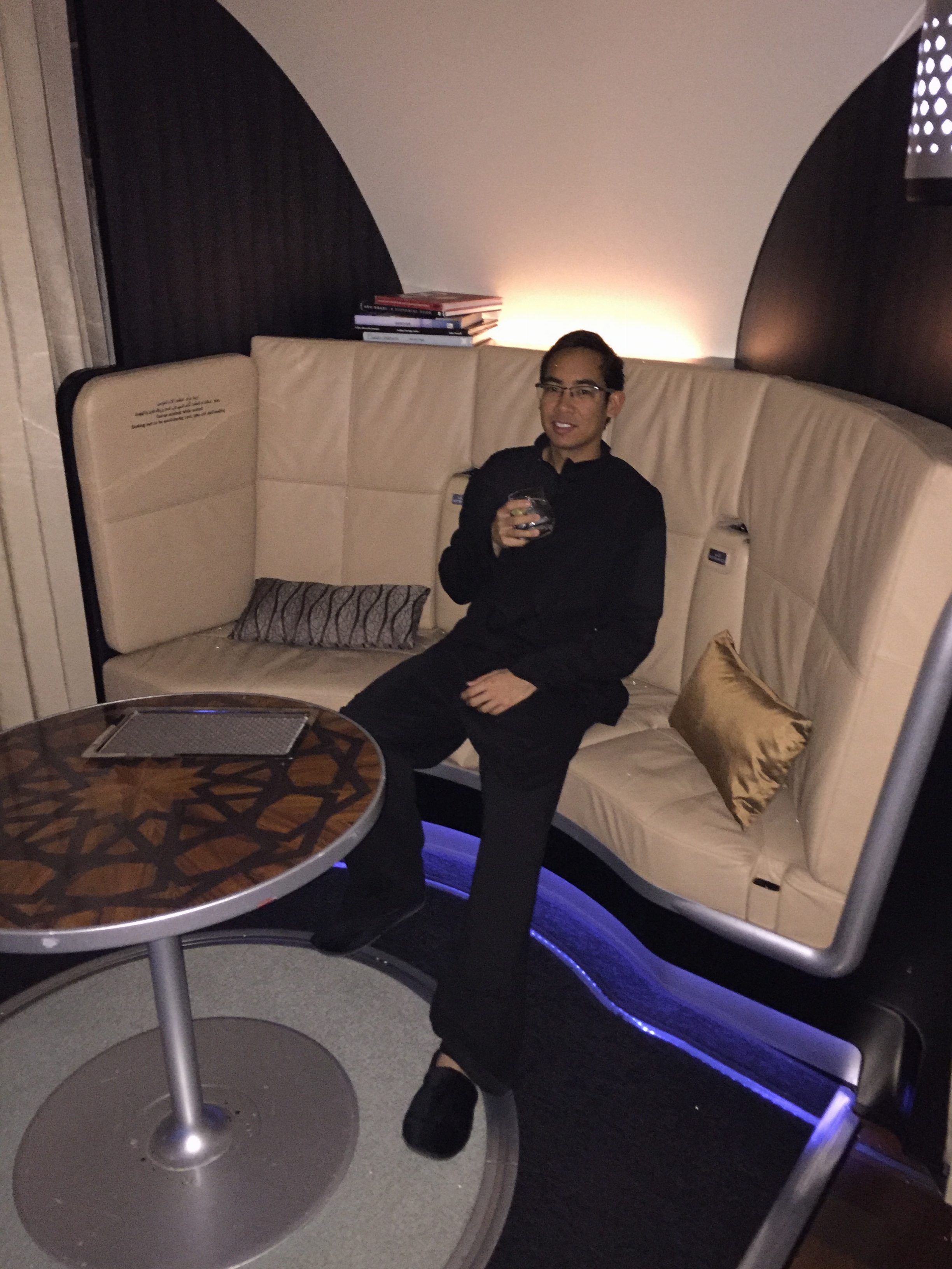 As evident in the picture above, as soon as I got on board I changed into Etihad’s pajamas for the duration of the flight. They were really comfortable!

The rest of the flight was spent relaxing, watching movies and eating! 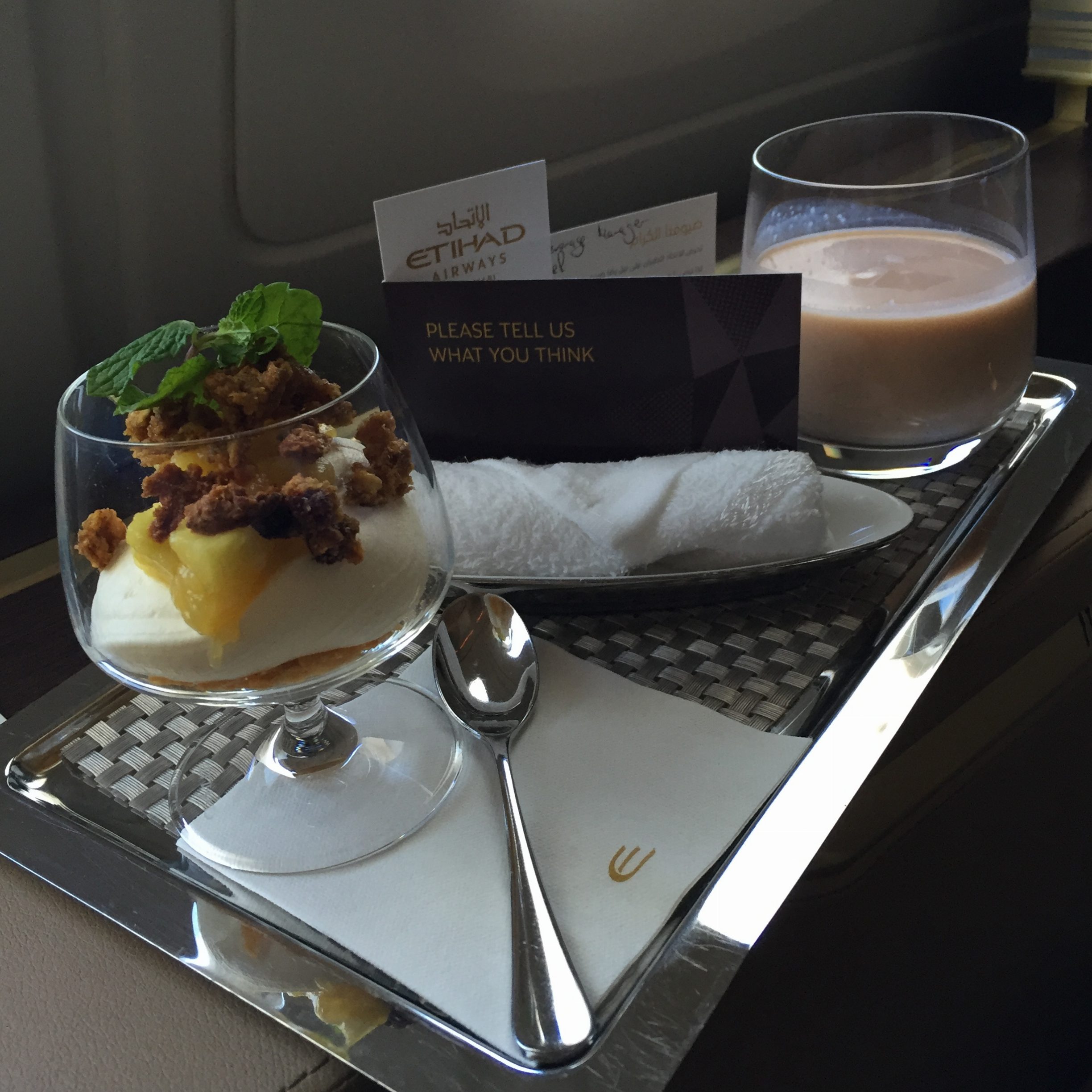 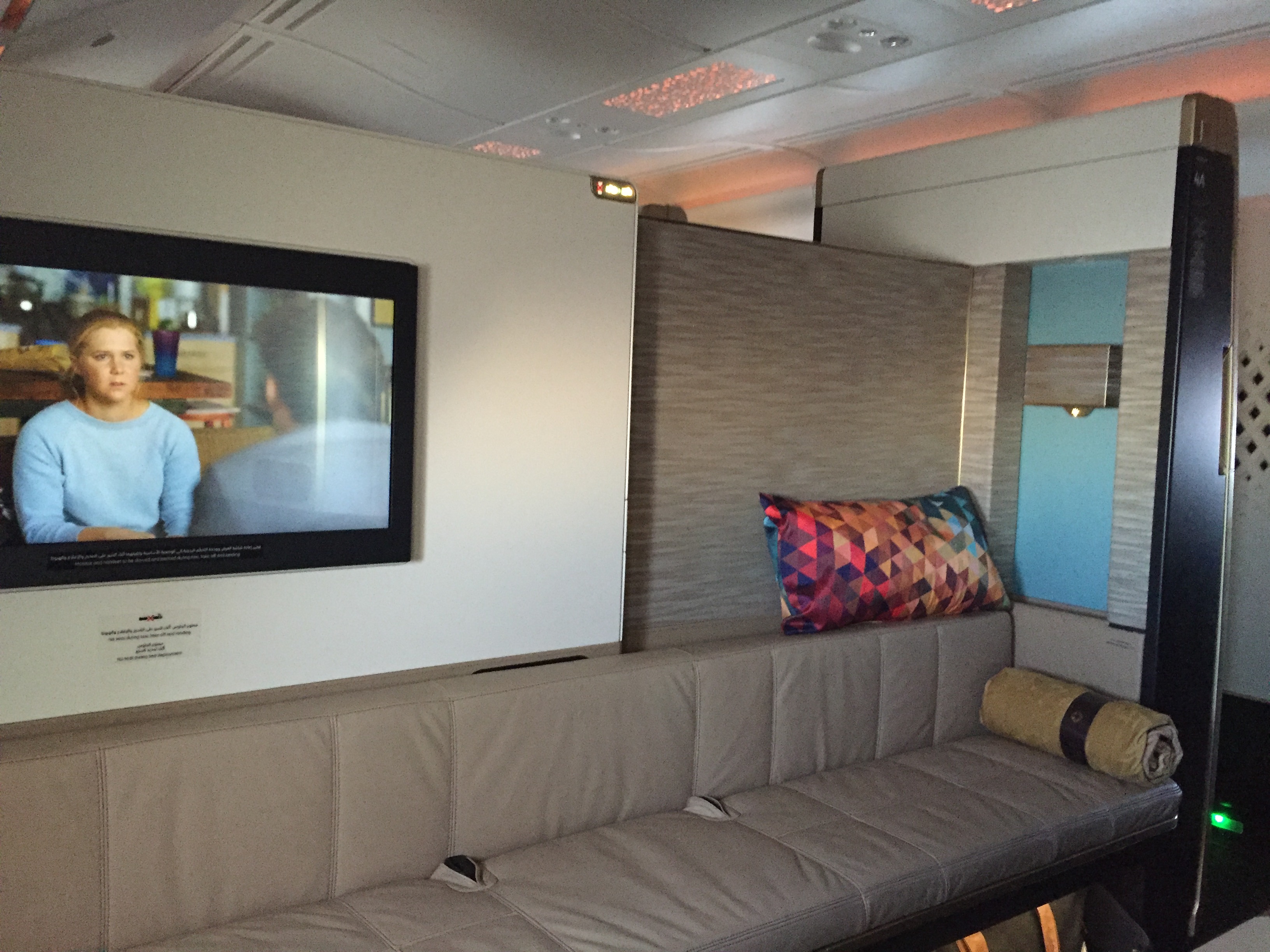 Watching a movie. Etihad’s Entertainment System is excellent, and the TV even pulls out and swivels!

Flying Etihad’s First Class Apartment from Abu Dhabi to Sydney was truly an unforgettable experience. With a retail price of just over $5,800, I would’ve never been able to have flown this route if it weren’t for miles. And at just 60,000 Aadvantage miles (I booked this flight prior to American Airlines 2016 devaluation), it was an incredible deal!