Time certainly goes by fast when there’s so much going on! Let’s see how I’ve stacked up against my 2013 goals:

So clearly I haven’t gotten around following through on my goals for the year so far. This, I believe, is in large part due to a couple new commitments that I never would’ve even though could happen just four months ago. Here’s what has been going on:
Both these commitments, as well as increasingly more work and responsibilities at APCO, have tested and pushed me out of my comfort zone in so many ways, which I am truly grateful for. Here’s to another productive and rewarding next three months!

Just three days left this year. Here’s my recap of this past year. 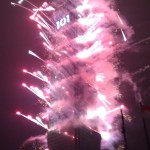 Ringing in the New Year at Taipei 101!

Living the life of a student. I was deep in the heart of my language study program in Taiwan. Classes were challenging, but what I recall most from this month was all the fun I had enjoying my time in Taipei. Whether it was hitting the bars, exploring the parks and neighborhoods, or even just hanging out with friends from around the world, I finally felt like I was easing back into “normal” life, albeit in a foreign country. This was also the month when I was forced to leave Taiwan for Hong Kong due to an expired visa, and when my Chinese skills were put to the test when I served as essentially the translator for my groups’ adventures around Taiwan during CNY. 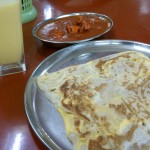 Banana pratha for breakfast in Singapore.

Enjoying freedom, traveling solo, saying goodbyes. I had finally decided that I wouldn’t be doing another semester at Taida. I had already traveled around Taiwan during CNY, but made an effort to visit some additional places around the island before l departed. I also visited Singapore and Malaysia before coming back to Taiwan for my return flight to LA. I was traveling solo for most of these trips, but despite that fact I still had an amazing time. So much good food, really interesting people, and I still couldn’t believe that I was living out a lifelong dream. Having the freedom to just go is something that I’ll definitely remember from this month. That, and saying goodbye to all the people I had met in Taiwan. Hope to meet up with them some day.

March:
Back to the States. I spent two weeks in LA before heading back to DC. I had considered settling back down in other cities – SF, LA, NYC, and Seattle were on my shortlist – but I chose to head back to DC mainly because I felt like I left the city too soon. Coming back to DC was a great, mainly because of all the people that welcomed me back with open arms. It felt as if I had never left! Catching up and enjoying my time in DC while funemployed is what I remember most about March. 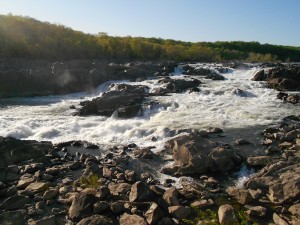 Kicking the job search into high gear. After the novelty of being back in DC had worn off, I was ready to turbo charge my search for an enjoyable job. April was the month that really tested my tolerance for uncertainty. Although I had been out of the workforce since October, it was only until April did I really feel like one of the thousands of recent college graduates (let alone millions of unemployed Americans) desperately looking for work but with no luck. I was growing anxious, but at the same time wasn’t too worried since I still had a backup plan to attend grad school or head back to Singapore.

New job! And a wake up call. Lots of things happened this month. I was offered a job (!) doing research for a public affairs firm. Shortly after starting though, I had to head back to Hawaii for my grandma’s funeral. It was certainly unexpected, and the event was a wake up call to make sure I’m not wasting my time. Life is too fleeting to put up with nonsense.

What a blur. This past summer was honestly probably one of the more fast-paced ones that I’ve had since leaving Hawaii 7 years ago. The learning curve for my new job was incredibly steep, and there were numerous times where I felt utterly incompetent and had no idea how I managed to land the position. I spent many of my out-of-work hours trying to get a grasp on how to effectively do my job. Despite the difficulties at work, I had a great appreciation for what I was learning and doing each day, something that in hindsight, is a rarity for someone my age to say about their job.

Endless coding. Summer was also the time that I kicked my coding aspirations into high gear. I spent many weekends and early mornings absorbing as much information as possible. Most days I was confused and had no idea how things worked, but I look back on these moments as periods of perseverance. I had no idea what I was doing, and only a general reason why I wanted to code. Regardless, I’m glad I stuck to it, no matter how slow-going my efforts were.

In search of balance. If the summer months was a time of non-stop work, September and October were the months where I sought to achieve more balance. During these two months I traveled all over the country, heading to NYC, Philly, LA and Hawaii once again. The workload hadn’t abated, but I was getting more comfortable with figuring out how to balance work with the rest of my life. 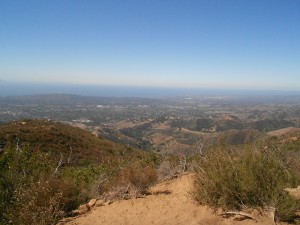 The view of Santa Barbara, California

Appreciation. From a career perspective, these two months helped me realize just how far I’ve come professionally speaking. The workload has abated largely due to the addition of a new team member. Work is much more fun now that I have a decent grasp of how things work. And did I mention how fantastic the benefits are at my work!? So far I have 21 days of vacation for next year — which is ample time to go out and explore the world! Beyond work, these past couple of weeks of holiday parties and get togethers have affirmed my belief that people truly make a place more than just a temporary base. Friends (and family) really do make a place feel like home. I’m so glad that wherever I’ve been, both Taipei, DC, and even as a traveler around Southeast Asia, I’ve been so thankful for being able to share my experiences with so many people – it’s been great!