In no particular order, here are the top ten things that I’ll remember from this year, both the good and the bad:

Hitting the gym regularly. Here’s the breakdown month over month:

Since April, I’ve averaged about 16 visits/month to the gym. Overall, I’m glad that I’ve fallen into the routine of working out in the morning before work. Hoping it continues in the new year!

I had planned to run several half marathons this year, specifically the DC Rock and Roll and the Brooklyn Rock and Roll. Unfortunately, I ended up doing neither. In fact, since April, I’ve focused much less on running workouts in favor of more strength training. In the new year, I hope I’ll finally find that balance between strength training while picking back up on a regular running schedule. 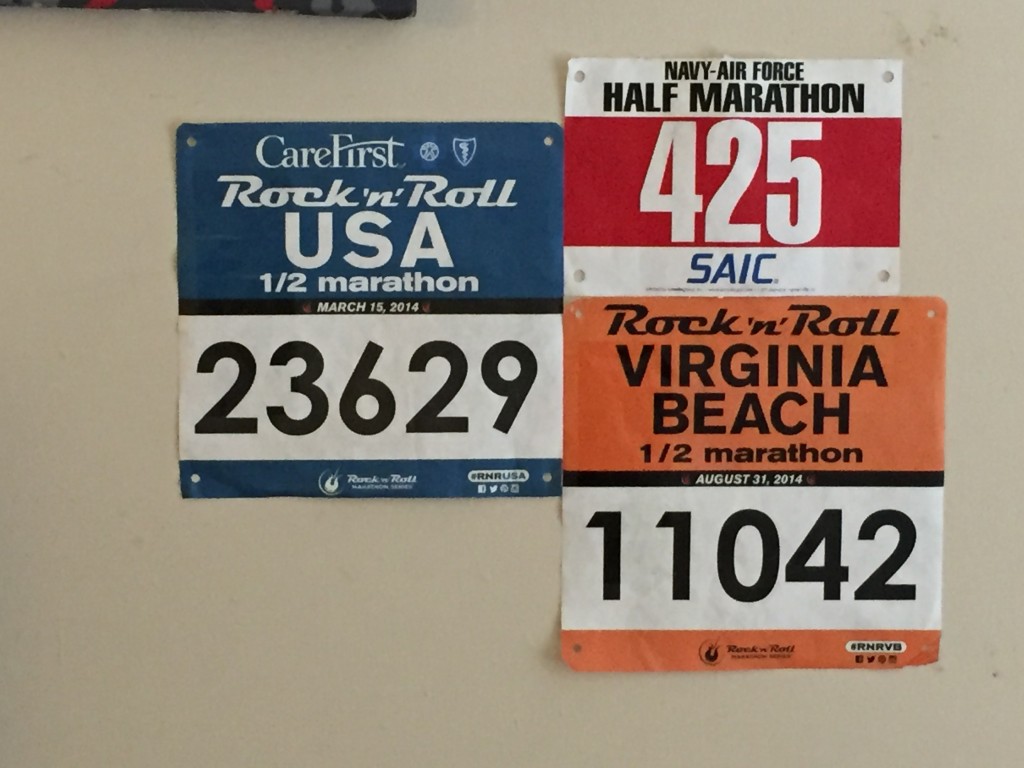 Bibs from half-marathons I’ve ran in the past. I hope to run more in 2016!

At the beginning of this year, I would’ve never expected that I’d have switched jobs twice in one year — but that’s exactly what happened. In April, I was recruited out of the education technology startup I had been working for the past year and a half and joined a healthcare startup. In November, I was again recruited out of that healthcare startup to join a university. Never in my wildest dreams would I have imagined that something like this would’ve happened, in turn increasing my salary by 60% in just 12 months. I’m glad to say that I’ve found my niche within marketing, and am so thankful to be in a career that I find interesting, challenging and rewarding. 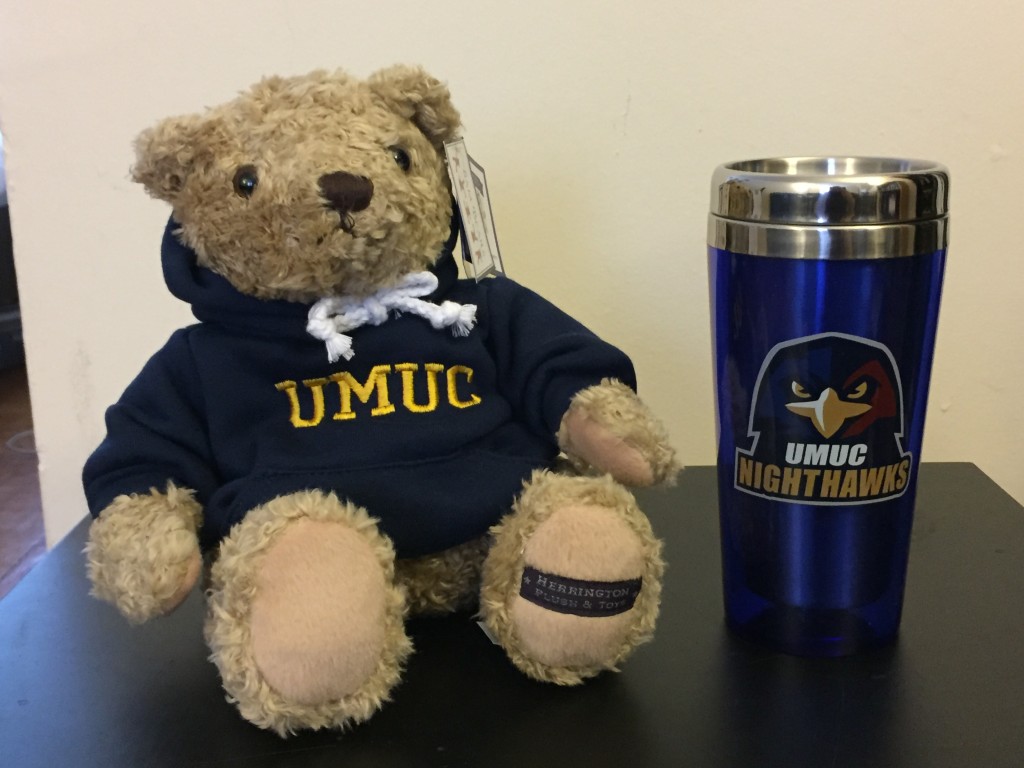 Swag from my new job at the University of Maryland, University College.

I’ve always wanted to start my own business, and when I turned 27 earlier this summer, I set out a goal that by Labor Day 2015, I’d earn my first dollar from consulting work outside of my day job. While I didn’t meet the end-of-summer goal, I did manage to find consulting work with a former employer, and finally got my first payment as a freelance consultant in December! 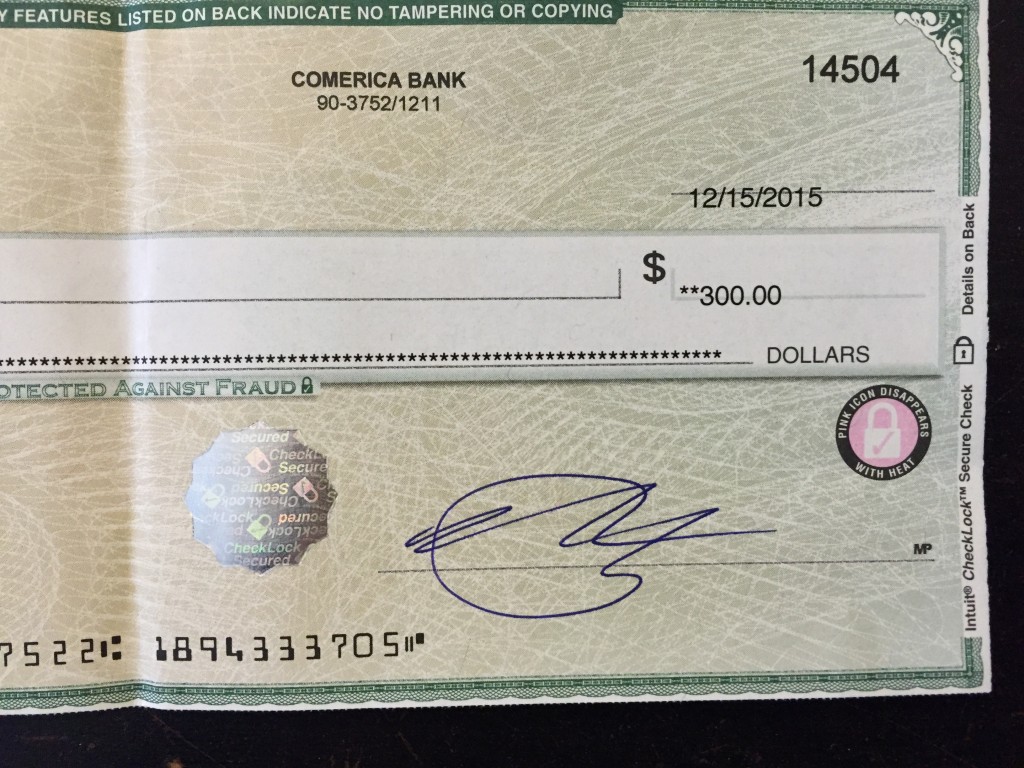 My first check as a freelance consultant!

My 2015 travel highlights post (see here) goes into detail on this topic, but suffice it to say, 2015 was another incredible year of travel. I would’ve never imagined that in the past 12 months, I’d be fortunate enough to visit six countries, 28 cities, flown over 100k miles on some of the most luxurious first class products (Singapore Suites Class, Etihad First Class Apartments, JAL Business Class), and do this all for leisure on vacation time. Not only did I travel way more than I could’ve imagined abroad over the past year, I also traveled a lot domestically, visiting Hawaii three times this year, exploring the beaches and lakes of the Mid-Atlantic and Northeast throughout the summer, and traveling to California and Chicago. 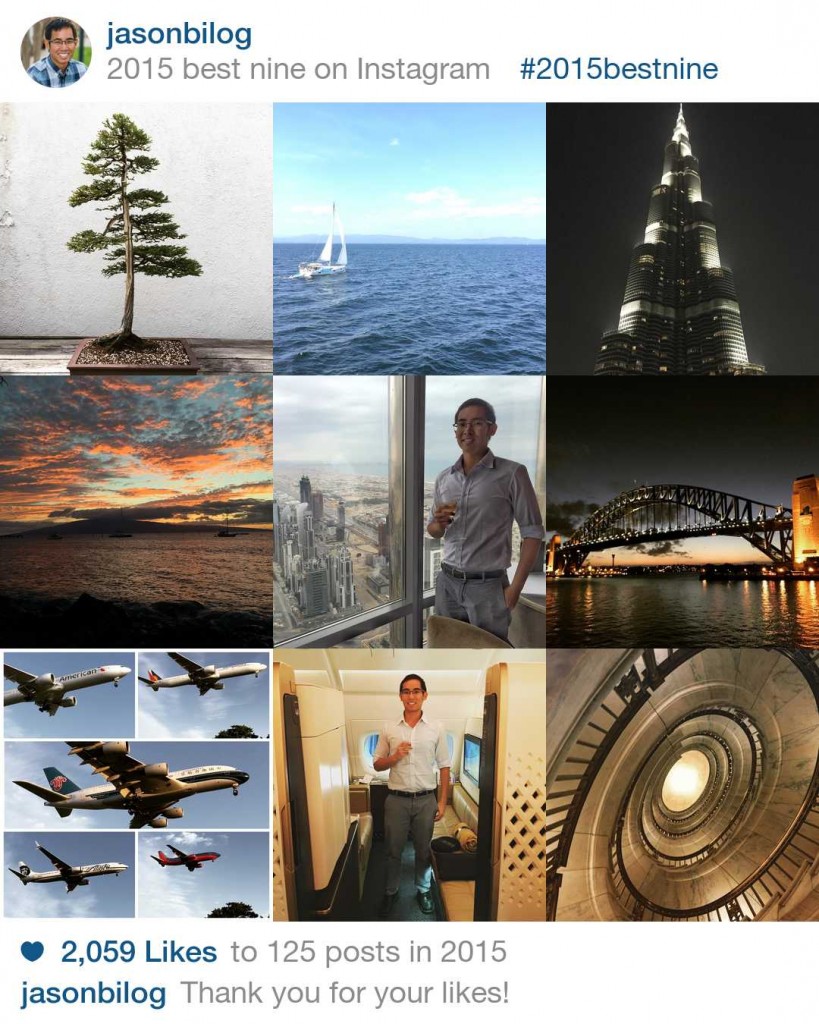 My #2015bestnine according to Instagram. Most of which had to deal with travel.

I always thought that there was no such thing as “too much traveling,” especially given how much I enjoy traveling, exploring and discovering new places. Well, without any notice, by mid-November, after a whirlwind three-day trip around the world, I was feeling major burnout from travel. In 2016, I’m hoping to find that balance between continuing to do the thing that I enjoy the most while being mindful of knowing when enough is enough.

I can’t believe I did this routing in just 80 hours.

2015 was a memorable year in driving, for two reasons. The first happened earlier this year down in Australia, where I rented a car in Tassie. It was my first time driving on the left, as well as the first time I’ve ever gotten a speeding ticket. The second reason why driving was so memorable happened just last month, in November, when I purchased my very own car! Again, I would’ve never imagined at the start of this year that I’d have a car, but I’m glad that I made the purchase. Otherwise, I’d have a 2-hour commute each way on my way to work, no thanks. 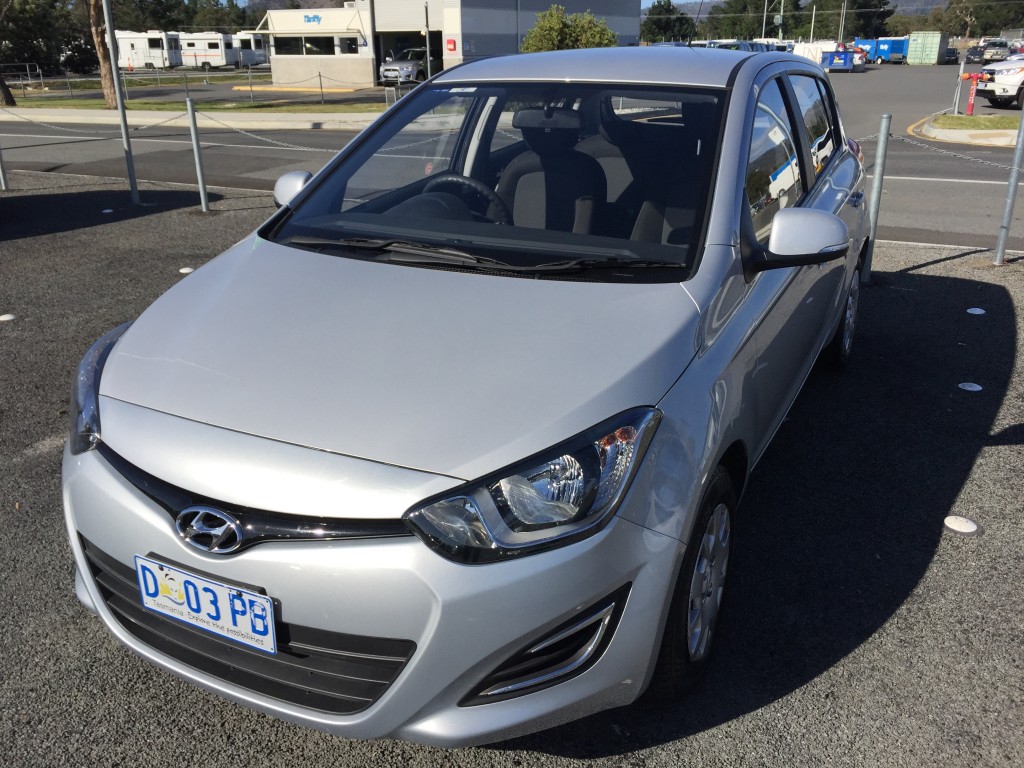 My rental car in Tasmania. Looking forward to driving in foreign countries again in 2016.

My very first car! Hoping to put on some serious mileage and do some road trips with this one in the coming year.

I learned about relationships this past year, having broken up from my first serious relationship with a guy this past summer. It’s been a slow healing process, but by and large, I’m thankful for all the memories and experiences I had in that relationship. This was definitely the biggest life-learning experience I had from this past year. 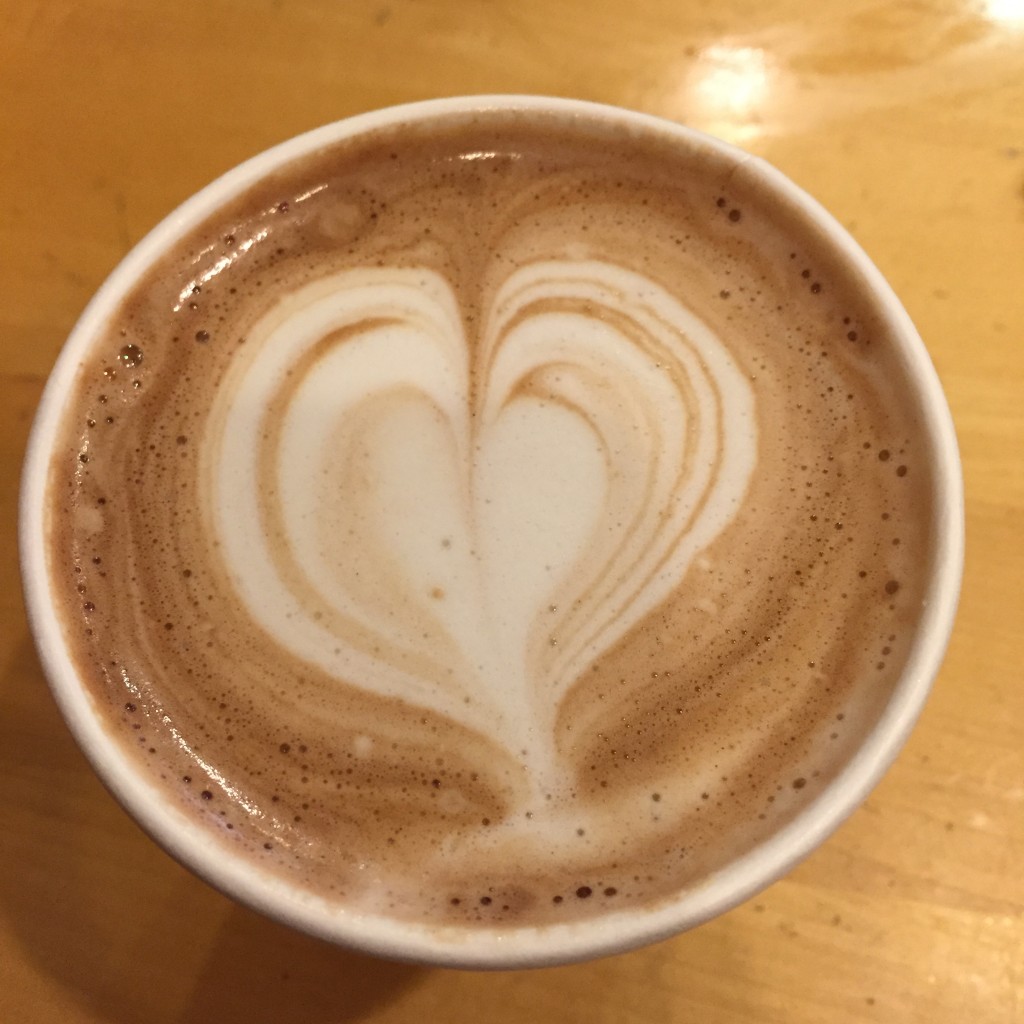 A simple reminder that every beginning begins with an end.

I met some amazing people this year, a few of whom that I can already see as being solid friends for years to come. That being said, I do know that I could’ve been a better friend to others, and I’ve lost touch with others, but am hoping to rectify this in the new year. 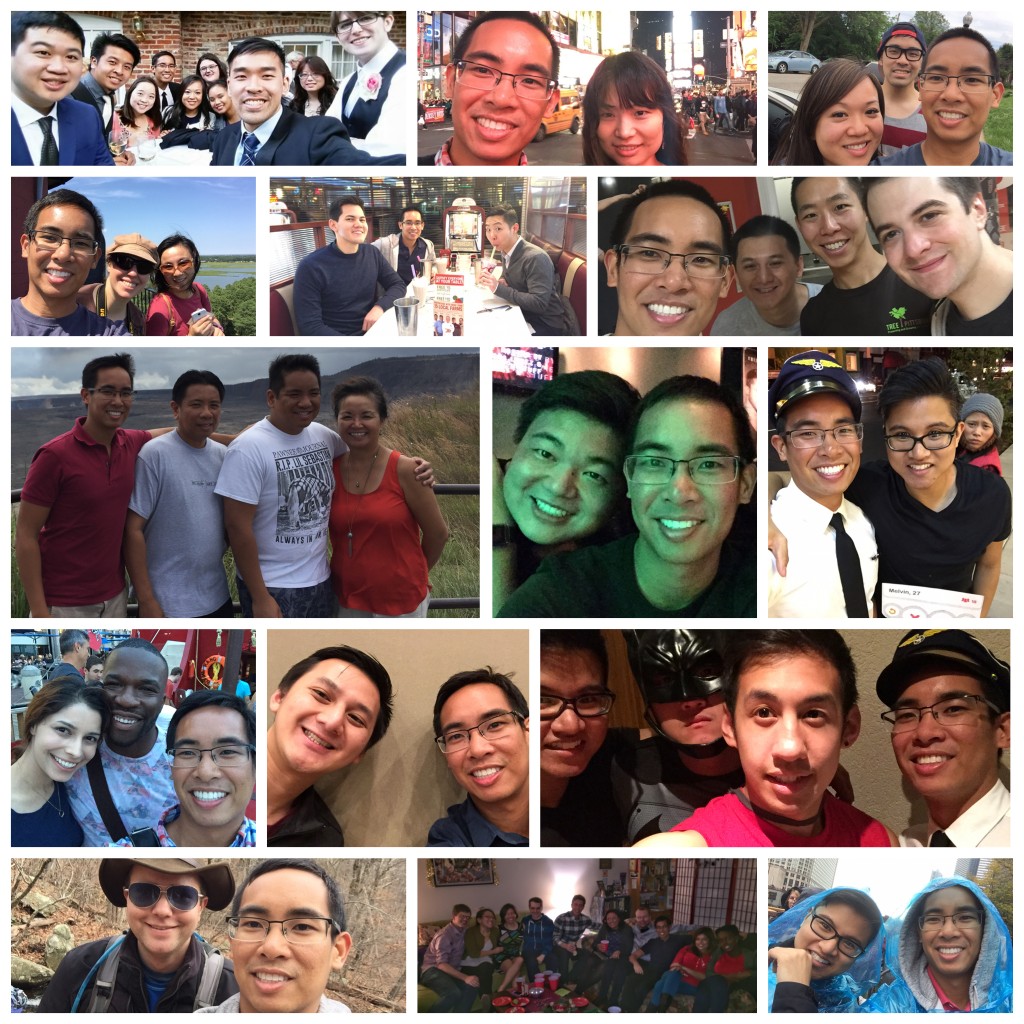 A snapshot of some of the wonderful people that I’m grateful to call my friends and family.

Whether I was traveling abroad or somewhere around the States, I was fairly consistent at attending mass every Sunday at least once a month throughout the year. I’ve also continued to practice being more mindful, listening to more instrumental music to help calm and make my mind clear. 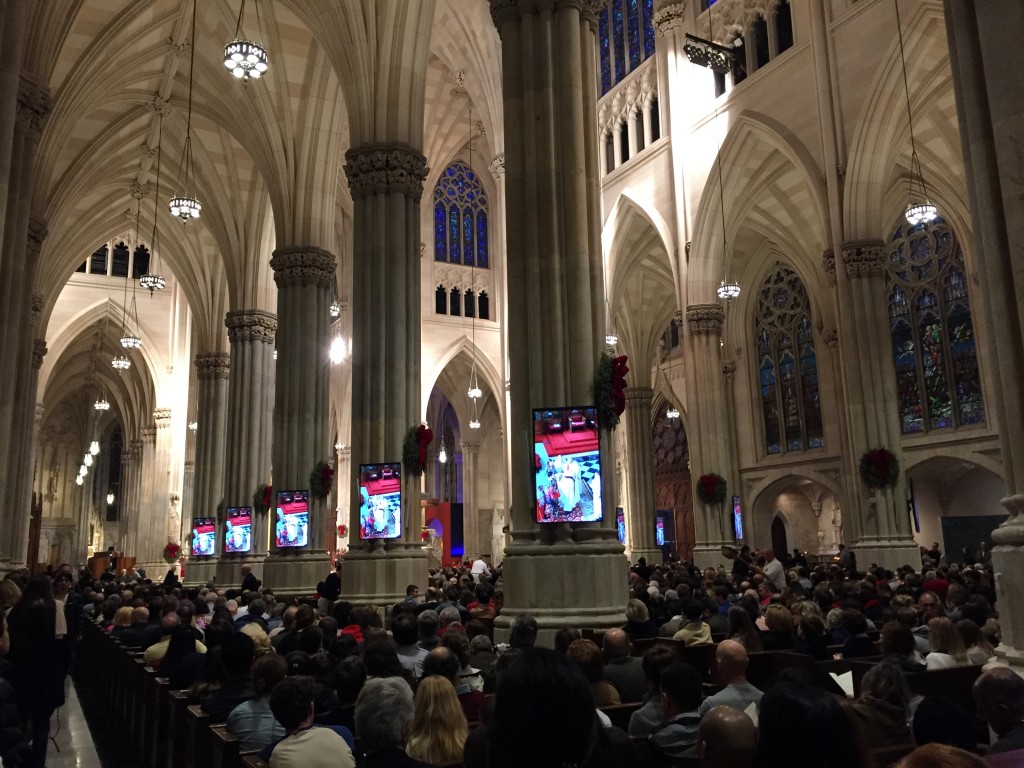 Overall 2015 was a positive year for me. It certainly was filled with challenges, many of which were completely unexpected. Despite the challenges, I can honestly say that this was another fantastic year where I truly lived my life to the fullest. No holding back, no regrets, nothing. Life is such an awesome and crazy adventure, and I can’t wait to see and experience what’s to come in the new year!