I started out the year with five specific goals. How’d I do?

I majored in Chinese Literature in undergrad, but since graduating in 2010 I’ve rarely used my Mandarin Chinese. My goal this year was to get back into a habit of using the language again. Earlier this year I enrolled in a class through the Global Language Network, a language program based in DC. While I enjoyed my experience with GLN, I don’t think it was helpful in getting me to use or retain my Mandarin throughout the year.

Set another PR with my half marathon time.

At the beginning of the year, I was registered for three half marathons, of which I ended up completing two: DC and Raleigh Rock N Roll Half Marathons. I BARELY set a PR this year at the Raleigh Rock N Roll, shaving off a minute from my time to run the race in: 2hr 14min, 49 sec.

Learn how to cook.

Of all my goals this year, I definitely excelled at this one. Perhaps out of necessity, I began cooking a lot more after increasing my monthly rent due to my decision to finally move out of Arlington and into The District. Most of the recipes I’ve cooked have been fairly basic (baked salmon, chicken and vegetables, shrimp linguine, chili), but I’m glad that I’ve gotten into the habit of regularly meal-prepping on Sundays and Wednesdays instead of eating out for every single meal.

Continue working towards my second degree in Computer Science

I had tuition benefits through my previous employer, and began taking advantage of those benefits last year by enrolling a second bachelors degree in Computer Science. I ended up taking a total of 5 classes in math, databases and java programming for the degree. However, after leaving that employer in August and losing those education benefits, I haven’t taken any additional classes towards the degree. Given that I no longer have tuition benefits and would have to pay for the classes out of pocket, as of now, I’ve decided not to continue pursuing the degree.

Growing at my day job and enabling people to travel through my consultation service.

This time last year I began a travel consulting service to help people redeem their points for travel. While I got a few customers at the beginning of this year, I didn’t do a great job promoting my services and didn’t have any additional customers throughout most of the year. As for my day job, I switched companies in August. I’m still in the marketing space, but my focus has shifted from marketing automation to marketing analytics. Through the switch, I hope to deepen my experience in understanding how to build, track and drive high quality traffic that converts for businesses.

Those were my top five goals for the year. Here’s how I did with the other core areas of my life:

Going away cake from my coworkers at UMUC. 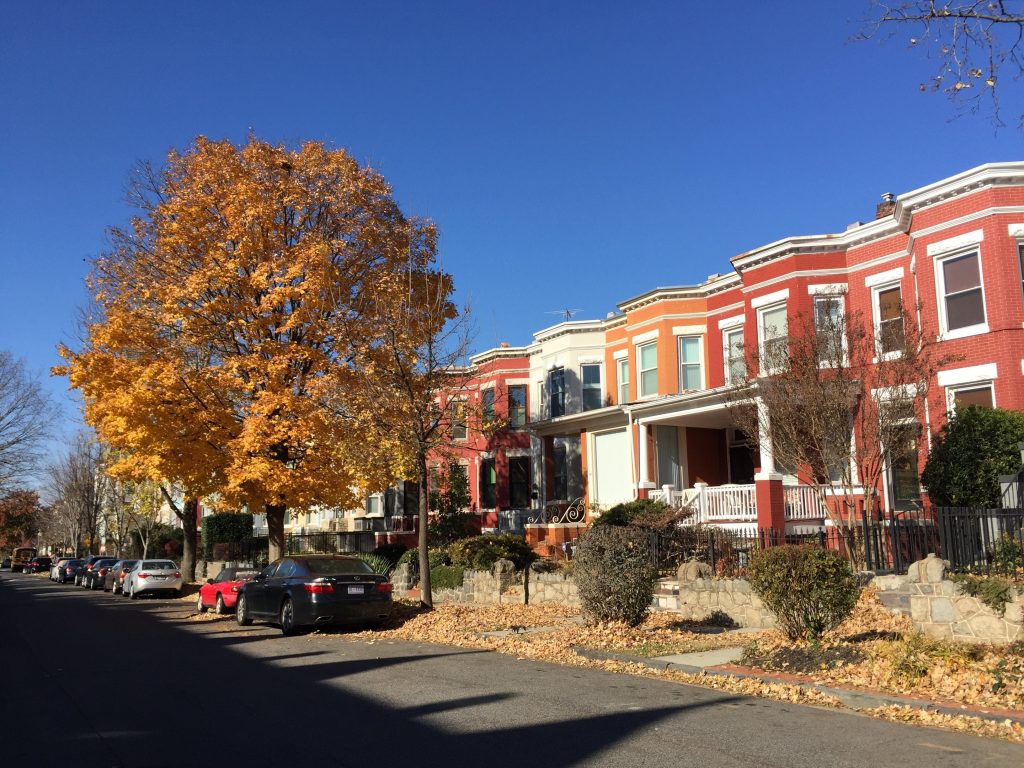 Autumn colors on my new street in Northwest Washington DC!

Most of the goals I have from the coming year are a continuation of good habits that I’ve established in years past:

And an additional goal for this coming year:

Well, I wrote a lot more than I had initially thought. Looking forward to see what happens in the coming year!